We need to push all levels of government to get employment cluster back: Downtown Yonge BIA

Allied Properties Real Estate Investment Trust, a Canadian landlord to companies including Aon Plc and Morgan Stanley, says the business districts of Toronto, Montreal and Vancouver will come roaring back to life. Not quite yet, but soon.

With more than 60 per cent of Canada’s population fully vaccinated against COVID-19, some of Allied’s tenants are mapping out plans to bring more employees back in the weeks ahead, Chief Financial Officer Cecilia Williams said in an interview.

“There’s going to be a bit of a transitional period, where they start on a rotating basis, but their plan is to ultimately bring everyone back,” Williams said, citing feedback from tenants.

The spread of the Delta variant, which has forced companies including Wells Fargo Co., BlackRock Inc., American Express Co. to delay their office plans, has not had a perceptible impact yet on Canadian firms’ outlook, she said. 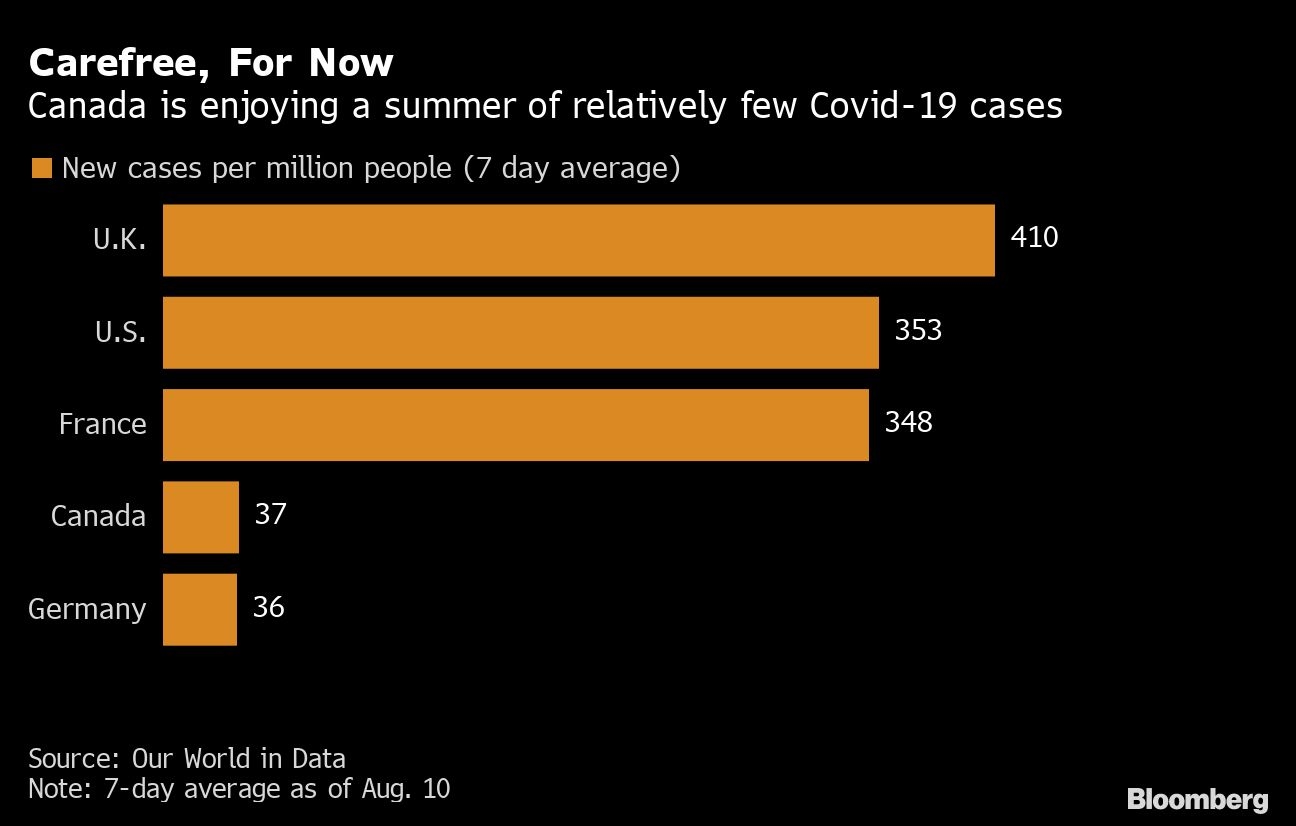 “Things can change day to day -- but I haven’t heard anything like that either in our portfolio or in the communities we operate,” Williams said. “If anything, we’ve seen some people make their plan earlier, with repopulating starting in August as opposed to Labor Day.”

Like other downtown property owners, Allied was hit hard by the swift change in investor sentiment when the COVID-19 pandemic arrived. The shares fell 27 per cent last year as Montreal and Toronto endured some of the strictest measures in North America, with emergency stay-at-home orders lasting for months.

Allied’s stock has rebounded 16 per cent this year. That still trails an index of Canadian real estate companies, but the easing of the pandemic should have a positive impact on the company’s leasing momentum, CIBC analyst Scott Fromson wrote after the second-quarter results.

Some of Canada’s largest employers, including Royal Bank of Canada and Sun Life Financial Inc., have already announced plans to keep flexible work arrangements in place over the long run. Those work models will evolve over time, said Williams.

“The hybrid model, which did exist pre-pandemic for certain situations, I think that will be more of a transitional phase than what the end state will be,” said Williams.

Whether or not that prediction turns out correct, the company recently increased its financial resilience, raising $500 million (US$400 million) by issuing green bonds that mature in 2032. The proceeds will be used to repay borrowings due in coming years.

“We basically paid off most of our mortgages that we have on the books, now we have 97 per cent of our asset base unencumbered,” said Williams, adding that the company doesn’t have any maturities over the next four years. “We were able to fund all of our commitments for the next four quarters, so we don’t need to go to either of the capital markets until the middle of next year.”