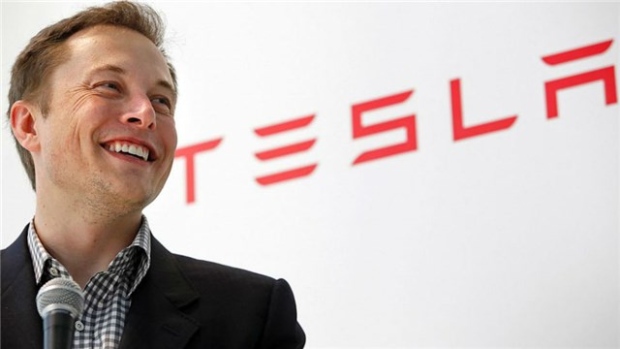 Forget about Forbes magazine, the true measure of notoriety in the world of business comes from a guest spot on the longest running cartoon series in history – The Simpsons.

It’s an honour usually reserved for Hollywood actors, TV personalities, popular musicians, and heads of state, so an appearance by a chief executive or business luminary on the 21st Century Fox institution is truly an event to behold.

The Tesla Motors founder will play himself in a plot arc where he is expected to clash with Springfield energy baron C. Montgomery Burns. Musk’s SolarCity venture, now the second largest supplier of solar systems in the U.S., is expect to clash with the nuclear power baron’s energy dominance over Springfield.

In honour of Musk’s upcoming induction into the world of cartoon-parodied business elite, BNN.ca presents The Simpsons: A C-suite survey. 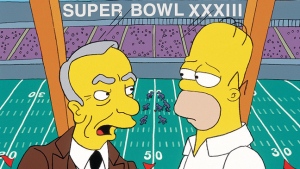 As it happens, “the man who owns the news” also owns The Simpsons through News Corporations, a point often referenced through his Simpsons facsimile.(ed. note: since Murdoch appeared on the Simpsons, News Corporation has spun off its television and movie assets into a separate Murdoch-controlled company called 21st Century Fox)

Murdoch’s most memorable appearance in a 1999 episode where Bart, Homer, and a collection of Springfield men board a charter bus to Super Bowl XXXIII, saw him refer to himself as a “billionaire tyrant” after arriving in his private skybox only to find Homer and his cohort of Springfielders gorging themselves on his catered food.

When Chief Wiggum asks him to prove his identity, Murdoch radios down to the field where cheer leaders form the words “Hi Rupert” and the crowd chants the message in unison. He also appears to summon guards to dispatch the unwanted guests by smashing a smoke bomb on the ground and yelling “Seize them!”

In a later episode Mr. Burns refers to Murdoch as a “beautiful man” for his perceived domination of the media. 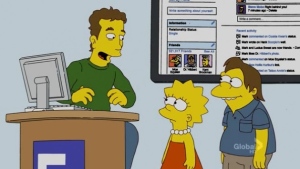 The Facebook founder features in a 2010 plotline where Lisa loans Nelson Mutz the $50 that she received as an early inheritance from Grandpa. Nelson parlays the loan into a successful bicycle startup prompting him to drop out of Springfield Elementary. Lisa’s plea to get Nelson back to school is betrayed by Mark Zuckerberg, Bill Gates, and Richard Branson, all of whom left college for successful business ventures.

Nelson’s use of faulty material in his bicycles causes his business to fail and Lisa to lose her investment. Nelson makes it up to her at the roller derby where the pair holds hands and knocks over fellow skaters including Zuckerberg.

Writhing in pain, Zuckerberg immediately reaches for his smartphone to post about his injury on Facebook. Of course Nelson is friends with Zuckerberg and responds with his trademark “Haw haw.” Classic. 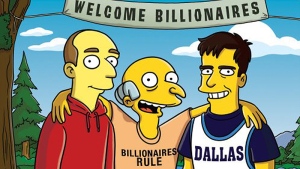 Mr. Burns heads off to a billionaires boot camp with fellow business moguls Mark Zuckerberg, Richard Branson, Bill Gates and Rupert Murdoch, where he wins a basketball franchise called the Austin Celtics from The Rich Texan.

While accompanying his new team to game, Burns runs into Mark Cuban, a fellow owner. Cuban’s flamboyant showboating offends Burn’s billionaire sensibilities. Burns is baffled and demands to know why his enthusiasm isn’t being punished and why he doesn’t recoil from the public like a normal billionaire.

“How odd, his money seems to have brought him happiness?”

Cuban then jumps from the top of a cheerleader pyramid and zip lines across centre court while screaming, “I’m out of my mind.”

Jeff Bezos wets himself earlier in the episode as other billionaires tell scary stories around a campfire.

This classic appearance opens with Homer reading from a book titled “Internet for Dummies” in an effort to launch a new ecommerce business.

“Oooo they have the internet on computers now.”

“Your internet ad was brought to my attention, but I can’t figure out what if anything Compu Hyper Global Mega Net does. So rather than risk competing with you, I’ve decided simply to buy you out,” Gates says.

Gates then instructs his entourage to "buy him out" and they immediately begin laying waste to Homer’s desk as Gates erupts in high-pitch laughter.

“I didn’t get rich by writing a lot of cheques.”

Additional detail: Homer pushes his pens and pencils into a stick of butter on his desk, which is actually the kitchen table. 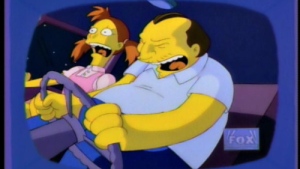 While not technically the CEO of anything, any article on the Simpsons is not complete without a reference to the famous guest appearance by the star of Hillstreet Blues and NYPD Blue.

When Homer is accused of sexual harassment by a college student, Franz plays Homer in a Fox movie of the week called 'Homer S.: Portrait of an Ass-Grabber.' During the scene from the movie that was shown, Homer drives the babysitter home, terrifying her by driving recklessly. He runs over several parking meters, and, in spite of the babysitter's protests, a cat that was cleaning itself in the middle of the road.