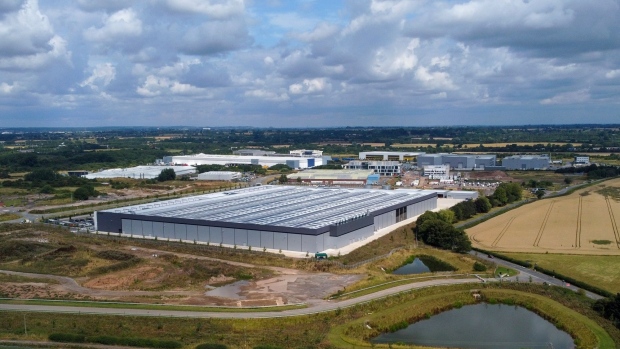 The headquarters of Meggitt Plc in Coventry, U.K., on Monday, Aug. 2, 2021. Parker-Hannifin Corp., the U.S. maker of industrial motion-control systems, agreed to buy Meggitt for 6.3 billion pounds ($8.8 billion) in cash to strengthen its hand in a rebounding aerospace industry. , Bloomberg

The stock reached 790.80 pence in early trading Wednesday, the highest since Sept. 7 last year, after the government said late Tuesday that Business Secretary Kwasi Kwarteng is minded to accept legally binding undertakings given by Parker, whose all-cash offer is worth 800 pence a share.

While further representations will be considered before a final decision is made, Parker, a Cleveland-based aerospace and motion-control specialist, said in a statement that it expects to complete the transaction in the third quarter.

Britain ordered a review of the takeover in October after Meggitt shareholders backed it a month earlier. Parker said then it would engage with the UK after promising to keep a majority of the Coventry, England-based company’s board British and to maintain technology and manufacturing in the country.

The Meggitt decision comes after Britain said last week it would accept a £2.57 billion takeover of defense-technology specialist Ultra Electronics Holdings Plc by US private-equity firm Advent International Corp. through its Cobham arm, acquired in 2020.