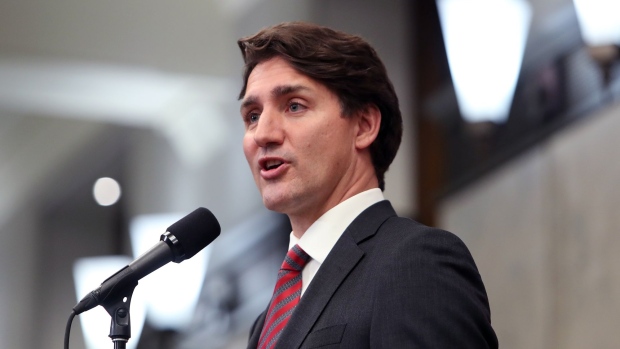 Canada will join the U.S., U.K. and Australia in a diplomatic boycott of the Beijing Winter Olympics, as Prime Minister Justin Trudeau reassesses his government’s relationship with the world’s second-largest economy.

“We are extremely concerned by the repeated human rights violations by the Chinese government,” Trudeau told reporters Wednesday, speaking alongside his ministers of foreign affairs and sport in Ottawa.

While the decision means government officials will boycott the event, athletes will still participate. Canadian competitors “will continue to have our fullest support as they show the extraordinary success that Canada has at Winter Olympic Games,” the prime minister said.

His decision on the Olympics comes two months after China released two Canadians, Michael Kovrig and Michael Spavor, after holding them in jail for nearly three years as accused spies. Canada viewed their detention as retaliation for its arrest of Meng Wanzhou, Huawei’s chief financial officer and eldest daughter of its billionaire founder, in late 2018 on a U.S. extradition request.

The White House cited “ongoing genocide and crimes against humanity” as its reason for boycotting the games, specifically pointing to Chinese repression of the Muslim Uyghur minority in the western region of Xinjiang. The U.K. and Australia have also said their boycotts are motivated by Chinese human rights abuses.