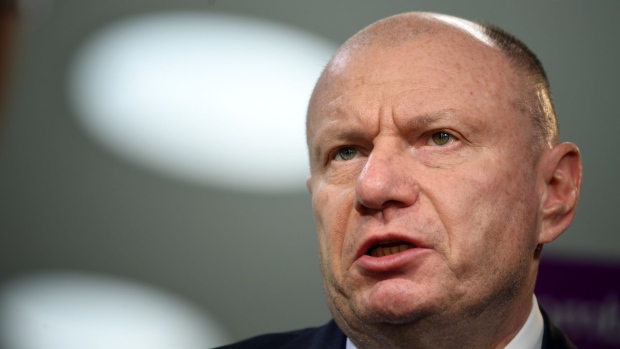 (Bloomberg) -- The UK government imposed sanctions on Vladimir Potanin, Russia’s richest man and the president of MMC Norilsk Nickel PJSC, in the latest escalation of economic measures against Moscow.

Potanin, whose net worth is $37.1 billion according to the Bloomberg Billionaires Index, has until now largely avoided western sanctions that have been imposed on other members of the Russian elite. He was sanctioned by Canada in April.

It wasn’t clear whether the sanctions on Potanin would extend to Nornickel, which is one of the world’s largest producers of nickel, palladium and copper. Potanin is the company’s chief executive and owns over 30% through his investment company Interros. Prices of both nickel and palladium jumped on the news.

Since Russia’s invasion of Ukraine, Potanin has bought up some of Russia’s key privately-owned banks, including buying Rosbank PJSC from Societe Generale SA.

In a press release, the Foreign, Commonwealth & Development Office said that Potanin “continues to amass wealth as he supports Putin’s regime, acquiring Rosbank, and shares in Tinkoff Bank in the period since Russia’s invasion of Ukraine.”