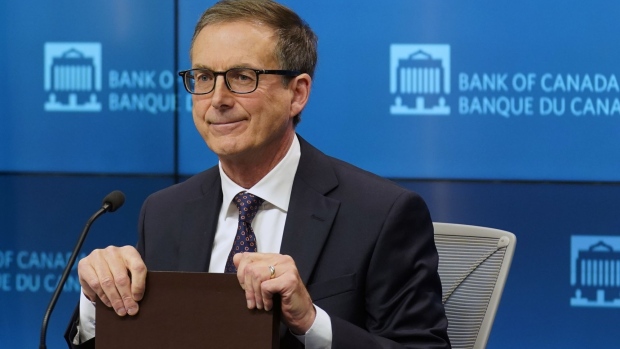 Tiff Macklem listens during a Bank of Canada news conference in Ottawa on Oct. 27. , Bloomberg