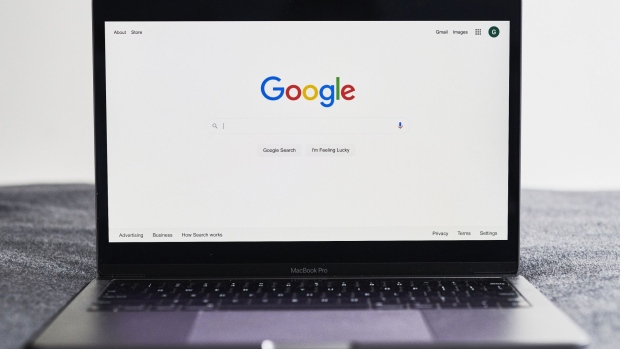 The Alphabet Inc. Google search page is displayed on a laptop computer in an arranged photograph taken in the Brooklyn Borough of New York, U.S., on Friday, July 24, 2020. Alphabet Inc. is scheduled to release earnings figures on July 30. , Bloomberg

CALGARY -- If internet search trends are a window into the minds of consumers, then a recent report suggests that a growing number of Canadians are considering some ill-advised financial options, observers say.

Amid a pandemic-related surge in interest in personal finance information, the number of searches involving car title loans almost tripled in Canada in the March-to-September period this year to 16,900 per month, compared with about 5,900 searches per month at the same time a year earlier, according to SEMrush.

The Boston-based marketing firm that studies internet search trends said Canadian searches for payday loans, meanwhile, fell by 43 per cent to 22,900 from 39,700 during the same period, which was marked by millions of people losing their jobs as non-essential stores and industries were forced to close in an effort to contain the spread of the COVID-19 virus.

"The most surprising thing we noticed was an increase in search demand for car title loans which is, I think, quite unique for Canada compared to the United States, where we didn't see this type of increase," said Eugene Levin, chief strategy officer for SEMrush, in an interview.

He said he doesn't know why U.S. searches didn't also rise but suggested a possible explanation for the increase in searches for car title loans and corresponding drop in payday loans in Canada could be that the potential applicants have a car but no job.

"A lot of people have cars," said Levin. "Terms on those loans are better than for payday loans, interest rates are lower, so they're more attractive. At the same time, you don't need a job to get a car title loan, unlike certain payday loans."

A car title loan works on the same basis as a home equity loan. They are billed as short term affairs, secured by a lien on the vehicle. In the event of nonpayment or default by the borrower, the lender can repossess the vehicle in order to recoup their money.

The Canadian Press contacted multiple car title loan companies for this story, but no representatives were made available.

People desperate for money will always find someone trying to profit from their situation, said Brian Betz, counsellor for Money Mentors in Calgary, adding that car title loans are just one of the many online quick money schemes they could choose.

"The increase in title loans is probably more on those who don't have assets. Their car is for all intents and purposes all they have," he said.

"Typically, when you are getting a title loan, it's not for $300 to $500. You're getting a few thousand dollars on that vehicle and, at their interest rates, it can be very difficult to pay back."

He said usually about half of the workers in the Canadian labour force are one paycheck away from being insolvent, so an event like the pandemic can create thousands of desperate situations.

There are better options when bills can't be met, Betz said, and they should start with seeking help from an organization such as his which offers free credit counselling advice.

If you can't afford to make payments on an existing personal loan or mortgage, you should talk to the lender to see if payments can be deferred or reduced over a longer payback time, he said.

A consolidation loan can allow the lender to simplify and blend multiple loan payments at a much lower interest rate than a title loan, he added.

Betz warned those looking for solutions to a short-term cash crunch to consider fees associated with the loan as well as interest rates, using as an example a Calgary client who was in desperate straits after having his work hours chopped because of COVID-19.

"He had two loans, not title loans but not payday loans either, and while the interest rate was capped at a certain level, I think it was 32 per cent, in return for borrowing $14,000 via these two loans, there was $10,000 in fees tacked on to that," he said.

"There was a cancellation fee, insurance fee, this fee and that fee. These are the types of loopholes that these people exploit."