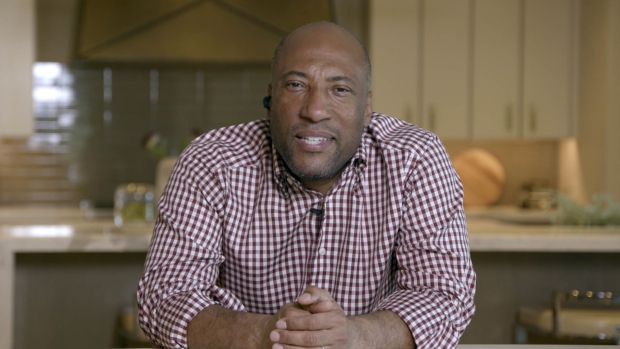 (Bloomberg) -- A judge threw out media mogul Byron Allen’s lawsuit against McDonald’s Corp. but left the door open for him to file an amended complaint if he can better back up his claims of discrimination.

Allen’s Entertainment Studios Networks Inc. sued McDonald’s in May, claiming the fast-food giant discriminates against Black-owned TV networks like his Weather Channel, spending its advertising money with White-owned stations. The suit, which seeks $10 billion in damages, is part of a campaign by Allen to correct what he says is long-running bias against Black-owned businesses.

The lawsuit “fails to allege sufficient facts ‘that would support an inference that defendants intentionally and purposefully discriminated against them,’” U.S. District Judge Fernando M. Olguin wrote Friday, dismissing the complaint in Los Angeles.

Simply pitching the Weather Channel to McDonald’s ad agency is also not sufficient to establish an attempt to create a contractual relationship, the judge said.

“At the invitation of Judge Olguin, we will amend the complaint to add greater detail,” a representative for Allen said in a statement. “When we do so, we firmly believe that the case will go forward,” the representative added.

“This case is about revenue, not race, and was dismissed because plaintiffs have provided absolutely no factual basis for their claims,” Loretta Lynch, the former U.S. attorney general who is part of McDonald’s legal team in the case, said in a statement. “Should plaintiffs amend their complaint for a second time, we will be ready to assess the new claims and move again as we believe there is no evidence supporting this meritless case.”