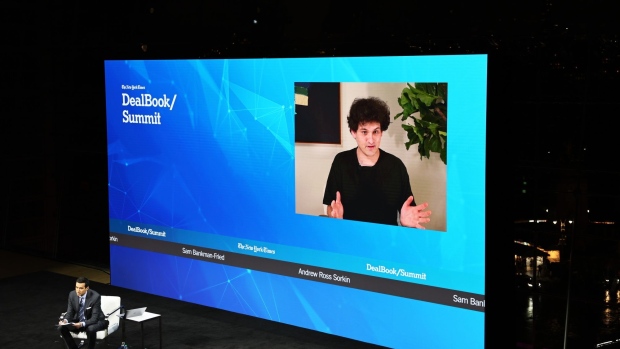 (Bloomberg) -- After his bankrupt crypto exchange locked up the funds of what is likely millions of customers, Sam Bankman-Fried had some fresh advice for investors that they probably wish they heard earlier: Put your money on an exchange that doesn’t do business like FTX.

Bankman-Fried admitted during the conversation with New York Times columnist Andrew Ross Sorkin that he “screwed up” when he was CEO of FTX and that he should have paid closer attention to risk management and protecting customers. He said that he “didn’t ever try to commit fraud,” but also didn’t provide a straight answer when asked if he had lied at any point.

For FTX customers who’ve been frozen out of their funds, Bankman-Fried offered a bag of mixed messaging. He said he believed that they could be made whole, especially those who used FTX US, but also said, “I can’t promise anyone anything.”

The disgraced founder spoke virtually with New York Times columnist Andrew Ross Sorkin about the downfall of his crypto empire. The unprecedented and unexpected collapse of FTX, which which once boasted a $32 billion valuation before sliding into bankruptcy on Nov. 11, sent shock waves throughout the crypto industry. Now, the digital-asset sector is braced for widening contagion. It owes its 50 biggest unsecured creditors a total of $3.1 billion.