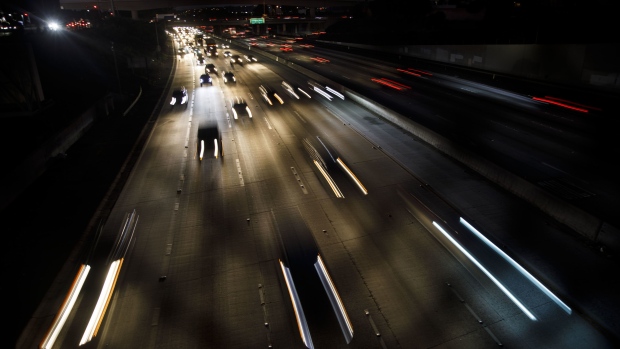 Vehicles drive in traffic down the 405 freeway at night in Inglewood, California, U.S., on Thursday, Sept. 19, 2019. The Trump administration moved to strip California of its authority to limit greenhouse gas emissions from vehicles, even as it warned the state it needs to do more to combat smog. Photographer: Patrick T. Fallon/Bloomberg , Bloomberg

The Siemens management and supervisory boards have approved the planned sale of Yunex Traffic, which makes traffic lights and associated software systems, the Munich-based company said in a statement Monday.

Atlantia will add about 3,000 employees through the deal, which fits into the Italian company’s strategy of expanding its technology product offerings. The divestment is expected to close by September, according to the statement.

Siemens has been streamlining its portfolio in recent years and listed its energy and health equipment divisions in a bid to become a higher-margin software-focused company. Chief Executive Officer Roland Busch has said Siemens will continue to hone its portfolio through divestments and acquisitions.

Bloomberg News reported earlier this month that Atlantia was one of the final contenders for the unit. The acquisition comes after Atlantia agreed to sell Autostrade per l’Italia SpA in a deal valuing the toll-highway business at 9.3 billion euros, ending a nearly three-year dispute following the deadly collapse of a bridge in Genoa.