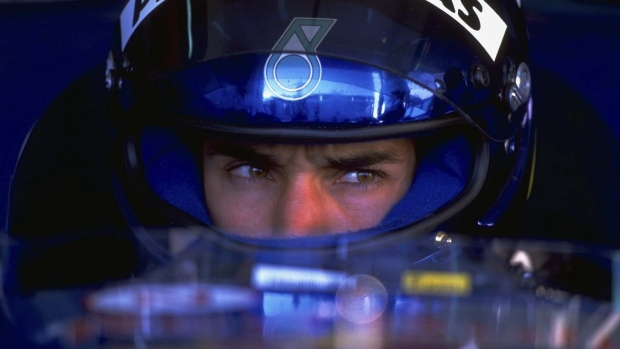 Brazil emerged as an agricultural powerhouse in the early 2000s after opening up land to massive, low-cost farms. Now, a wealthy former race-car driver wants them to go organic.

Pedro Paulo Diniz, one of the heirs to a US$2.2 billion retail fortune, is trying to persuade farmers to use a piece of their land for growing soy and corn in a regenerative way. He saw the green-farming light in 2006, six years after giving up the Formula One circuit, pouring about 40 million reais (US$7 million) of his own money into a venture called Rizoma Agro.

Convincing farmers who’ve built a business on huge volume and low costs of the benefits of expensive natural fertilizers is no easy task. But Diniz is touting yields that are similar to conventional crops and a negative carbon footprint, with higher prices absorbing the extra costs, resulting in wider margins. He’s looking to raise about US$15 million to expand.

Pedro Diniz during Formula One winter testing at Jerez in Spain. \ Mandatory

Consumer trends are in his favor. The pandemic is boosting demand for organic meat and snacks as more consumers are willing to shell out for pricier premium foods to boost their immune systems. In the U.S., organic food sales have been growing faster than total retail sales.

“The big global off-takers have huge demand for organic grains and oilseeds,” Diniz said in an interview. Initial output was sold abroad to Tyson Foods Inc. and locally to Nestle SA and Unilever NV. “They tell us they can buy everything we produce.”

Rizoma Agro is creating a logistics network for organic oilseeds, bypassing trading houses by signing five-year contracts with producers and selling directly. The goal is to reach 350,000 hectares (865,000 acres) in a decade. To achieve that, the firm is working on lowering organic costs from 30 per cent above conventional crops to a difference of 18 per cent within three years, said Fabio Sakamoto, co-founder and chief operating officer.

But while global food makers are building out their organic product lines as part of shifting consumer trends, they are also under increasing pressure from consumers and investors for their role in Brazil’s environmental crisis.

The country’s poor environmental reputation is getting in the way of the firm’s efforts to court investors, even scaring off some funds. Rizoma is trying to raise US$5 million in a green bond and US$10 million in equity, said Diniz. Rabobank is organizing both transactions

“Instead of Brazil taking the lead on the matter, we’re shooting ourselves in the foot by making rules flexible to destroy biodiversity,” Diniz said.

All the firm can do is tout its own green credentials, which include eliminating synthetic nitrogen-based fertilizers and using cover crops that lift nitrogen and carbon in soil, helping remove carbon dioxide from the atmosphere.

Pedro Diniz, one of six children of retail mogul Abilio Diniz, also created Fazenda da Toca, Brazil’s top organic egg producer. After his stint as a race-car driver, he decided to get into green businesses in 2006 when his first child was born and Al Gore released “An Inconvenient Truth,” he said.

“It’s not about being an idealist, a dreamer,” Diniz said. “Climate issues are here and need to be quickly addressed. Once we can prove we can grow organic food, at scale, with the same prices as conventional, change will come fast.”