Anyone who was in Coinbase early is in for a large payday: Bruce Croxon

The price war in Bitcoin exchange-traded funds started not long after the first two products launched. For rival cryptocurrency Ether, it’s beginning before the ETFs even start trading.

Evolve Funds Group Inc. is waiving the 0.75 per cent management fee on its upcoming Ether ETF, ticker ETHR, until May 31, according to a company statement. That will make it cheaper than two competing products from Purpose Investments Inc. and CI Global Asset Management.

Last week, all three announced plans to release ETFs tracking the popular cryptocurrency in the Canadian market on Tuesday, investing directly in Ether tokens. Although Europe has several exchange-traded products tracking Ether and Grayscale Investments offers an Ethereum Trust, this will be a first for the North American market. 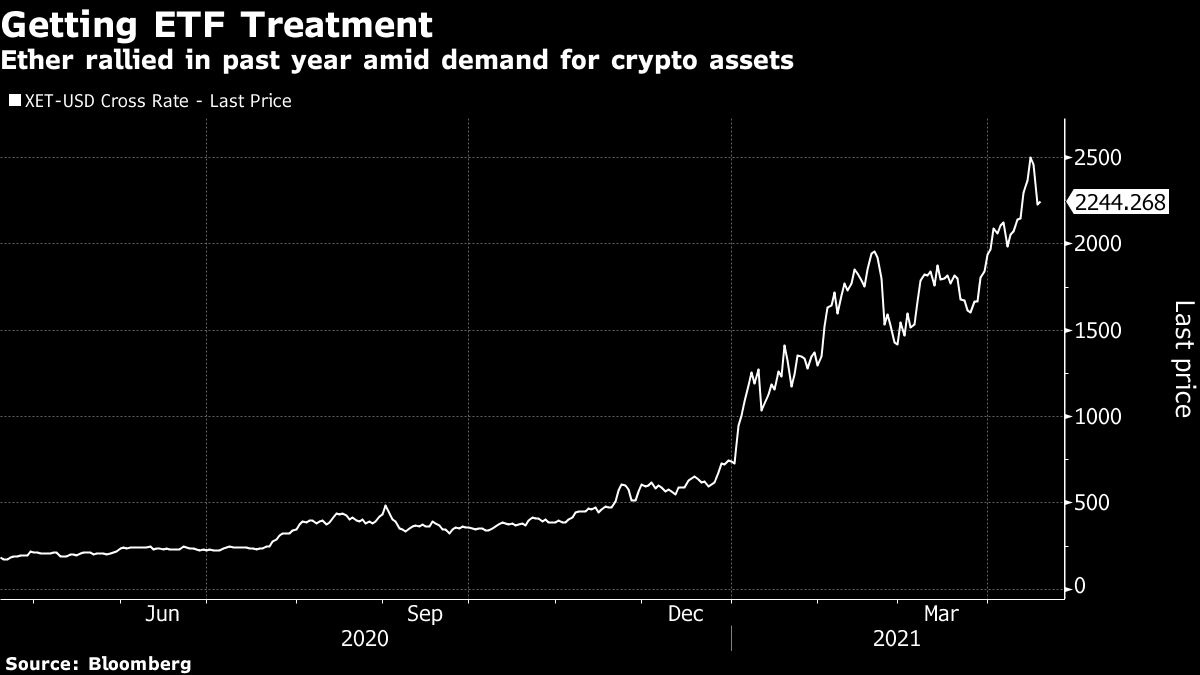 If the fierce demand for the first Bitcoin ETFs is any indication, the three funds are likely to see a rush of inflows, making any differences between the options especially impactful.

Just a week after the first Bitcoin ETFs debuted in February, Evolve lowered the price on its fund, ticker EBIT, to 0.75 per cent from 1 per cent, making it cheaper than the Purpose Bitcoin ETF at 1 per cent. Although the fund, ticker BTCC, launched only one day before Evolve’s product, it attracted far greater interest.

More than US$165 million worth of shares in the Purpose product changed hands on its first day. Only a day later, that number for EBIT was just US$14.6 million. Now, the BTCC boasts more than US$1 billion in assets, while Evolve only has about US$88 million, according to the company.

For the Ether funds, the CI Galaxy Ethereum ETF (ETHX) which is sub-advised by Galaxy Digital Asset Management, will charge a 0.40 per cent management fee, while the Purpose version will cost 1 per cent. After May 31, Evolve’s offering will once again have a 0.75 per cent expense.

Ether was trading around US$2,217 as of 9:14 a.m. in New York after plunging about 20 per cent amid a wider crypto selloff, with the listing of Coinbase Global Inc. spurring volatility.