Aluminum rose in London on shrinking inventory as other base metals wavered following a turbulent week dominated by growing concerns on the state of the global economy.

While metals markets were calmer Friday, prices on the London Metal Exchange have endured a dismal few days on fears of rapid monetary tightening as well as deteriorating demand from top consumer China. Copper, often seen as an economic bellwether, capped a sixth weekly decline, the longest streak since 2019.

Aluminum available for withdrawal in London Metal Exchange warehouses plunged to a record low, providing some price support for the lightweight metal, according to Wenyu Yao, senior commodities strategist at ING Bank. But the latest sign of supply shortages still isn’t enough to shake the bearish mood dominating metals markets as the demand outlook deteriorates.

“Overall in the short term, industrial metals will still remain under heavy pressure,” Yao said in a phone interview. 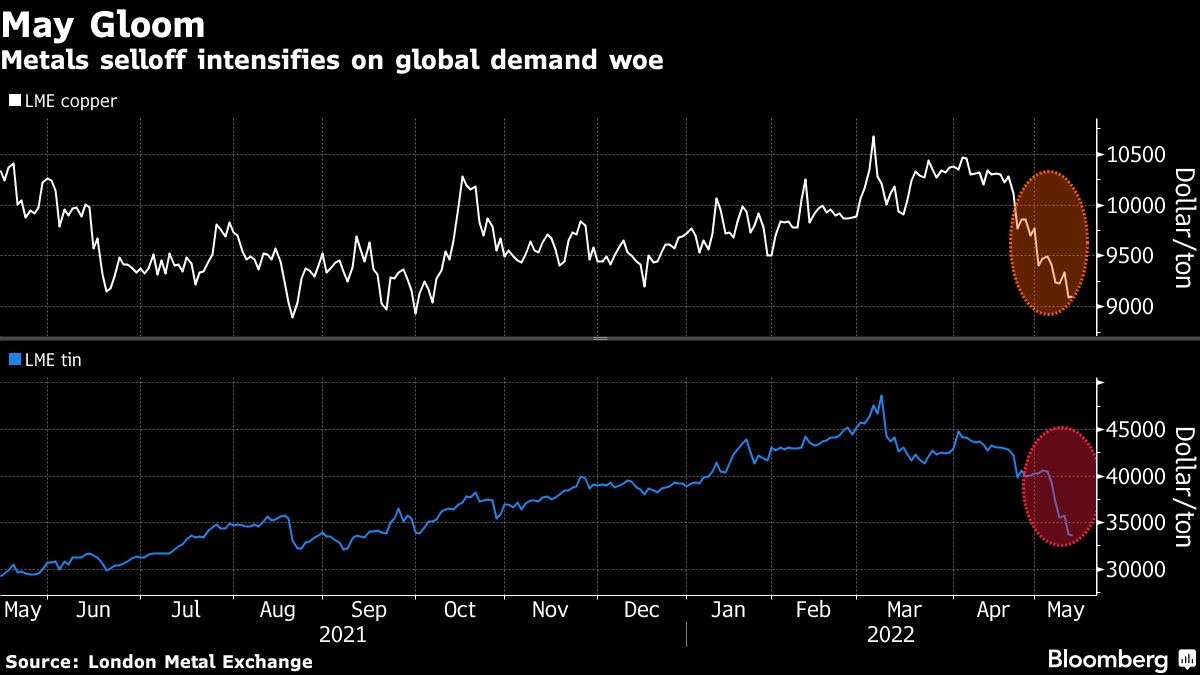 Shanghai announced its plan to stamp out community spread of the virus and start opening up the city by May 20, the first time officials have set a timeline for ending one of the longest and most punishing lockdowns China’s enforced during the pandemic.

“The blow China’s COVID-19 lockdown has created to the demand for industrial metals has exceeded early 2020,” Yao said. “We consider what’s happening in the market now a ‘black swan’ event.”

Investors are also alert to any fresh moves by China to bolster support for the economy, including a possible interest-rate cut as early as Monday. China will likely report its weakest monthly economic indicators since the outbreak of the pandemic two years ago on Monday.

Copper on the LME settled 0.8 per cent higher at US$9,159 a metric ton, after closing Thursday at its lowest level since October. Aluminum advanced 1.7 per cent, paring a seventh weekly decline. Other base metals dropped.