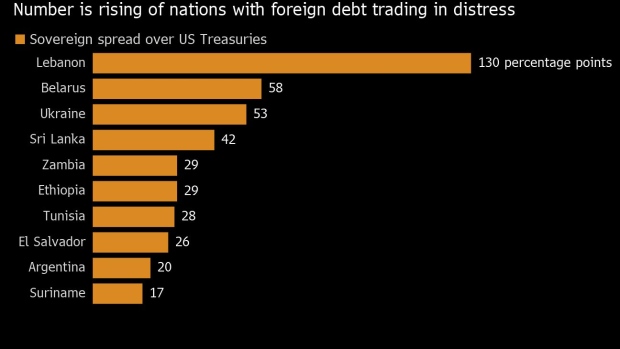 “With the low income countries, debt risks and debt crises are not hypothetical. We’re pretty much already there,” Reinhart told Bloomberg Television Tuesday.

The remarks follow a similar warning from Goldman Sachs Group Inc that emerging markets are entering a new cycle of defaults, with Sri Lanka probably the first of several on the horizon. Russia defaulted on its foreign-currency sovereign debt on Monday.

Talking about other pressures facing world economies, Reinhart said central banks have been slow in their efforts to cool escalating inflation, which has been largely driven by supply-chain bottlenecks and Russia’s war in Ukraine.

World’s Central Banks Got It Wrong, and Economies Pay the Price

“The big hope is of a soft landing that central banks and the major economies will be able to engineer one,” Reinhard said. “I am skeptical.”