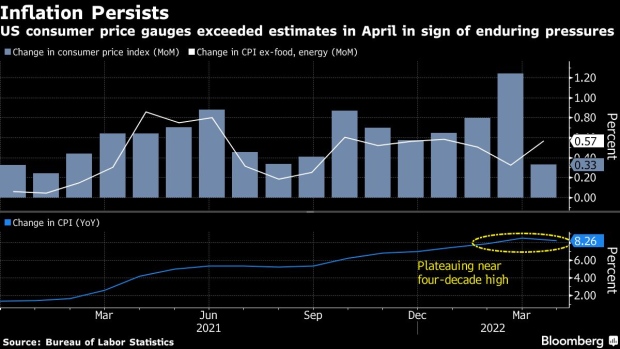 (Bloomberg) -- A top Federal Reserve official downplayed deteriorating liquidity conditions in financial markets, telling an audience Monday it was to be expected given rising volatility as investors grapple with uncertainty over global events and shifting U.S. monetary policy.

“In the global environment there’s a lot of uncertainty, and a lot of events happening. We’re also seeing our actions moving monetary policy, I think, in a very strong direction, to more normal rates,” New York Fed President John Williams told a Mortgage Bankers Association conference in New York. “Some of that volatility -- in say, the Treasury market -- is really the markets digesting that information.”

Signs of deteriorating liquidity in U.S. Treasuries, such as measures of market depth and bid-ask spreads, are “more or less in line with the increase in volatility in markets,” he said. “It’s just a reflection more of: A lot’s happening with market rates moving around, and therefore you’re seeing some of these measures of liquidity deteriorate somewhat, and pretty much consistent with past experience there.”

Williams’s comments echoed a semi-annual report on financial stability issues published on May 9, and were delivered amid a broad market downturn that has seen the S&P 500 index of U.S. stocks lose nearly 17% of its value since reaching a record high in the first week of the year.

The central bank is attempting to tighten financial conditions in a bid to slow the economy and bring down inflation from multi-decade highs. Policy makers authorized a half-point increase in the benchmark federal funds rate at the conclusion of their most recent meeting on May 4, marking the largest single hike since 2000.

Fed Chair Jerome Powell told reporters after the meeting that the central bank was on track to enact additional half-point increases at the next two meetings in June and July.

Williams said Monday such a plan “makes sense” as the Fed moves rates “expeditiously over this year back to more normal levels.”

“We do need to move -- again, the word is ‘expeditiously’ -- to more normal rates this year, and we’re on our way to do that. But we also need to watch, and we need to monitor what’s happening in the economy,” Williams said.

“We’ve already seen a tightening in U.S. financial conditions that is far greater than what we saw in all of 1994,” he added, referring to an episode where, under then-Chair Alan Greenspan, the Fed embarked on a surprise tightening campaign that led bond investors to sustain heavy losses.

“Job number one is to bring inflation down,” Williams said. “The risk that I’m most focused on is what happens if inflation stays higher than expected.”