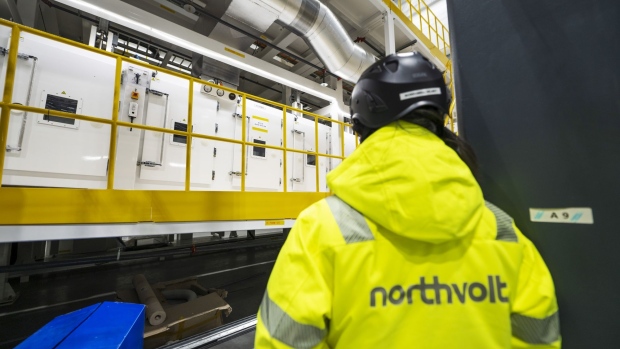 An anode oven at a Northvolt Ett AB plant in Skelleftea, Sweden. , Bloomberg

The Swedish manufacturer will decide next year whether to build the Heide facility in northern Germany in time for production to start in late 2025 or expand first in North America, where US President Joe Biden is wooing cell manufacturers with billions of dollars in incentives.

The Heide facility is among the first EV projects in Europe’s biggest economy that may get pushed back because of runaway energy inflation. Northvolt’s deliberations also point to intensifying competition among countries trying to attract key manufacturers supplying the shift away from the combustion engine.

Germany’s industrial sector has been heavily dependent on cheap gas from Russia and has suffered severely since Moscow curtailed shipments, sending prices soaring. Producing batteries is energy intensive because of the high heat involved. Costs for logistics and construction services have also increased.

Rising costs add to pressure to respond to the Inflation Reduction Act, the US climate and tax law that aims to boost domestic EV production and reduce reliance on China for battery components and materials.

“IRA has changed the dynamics for suppliers, the entire value chain is looking at North America instead of at Europe,” Wigardt said. “European politicians on various levels need to act quickly to ensure that Europe remains attractive to invest in.”

Northvolt hasn’t made a final decision on the Heide timeline and in any case will have to expand in Europe to be a leader in that market, Wigardt said.

The Heide plant is due to produce first cells in late 2025, with commercial output starting the following year. Northvolt had announced the project in March, saying it will have an annual capacity of 60 gigawatt-hours -- sufficient for roughly 1 million EVs -- and benefit from abundant wind power suppliers in northern Germany.

Volkswagen, which has invested in Northvolt, plans to have six battery factories in full operation across Europe by 2030.

--With assistance from Monica Raymunt.