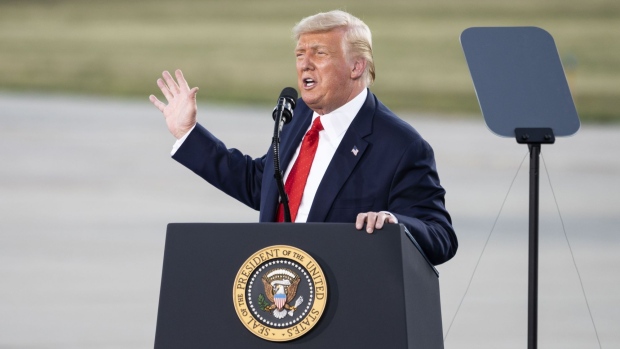 (Bloomberg) -- Donald Trump beat back efforts by Wisconsin Governor Tony Evers and other officials who wanted the former president to pay legal fees the state racked up defending his failed lawsuit to overturn the 2020 election result.

The court lacks jurisdiction over the dispute because Evers, along with Milwaukee County officials and the mayors of Racine, Kenosha and Green Bay, waited too long to make their demands for costs and legal fees, U.S. District Judge Brett Ludwig in Milwaukee ruled Monday.

Ludwig agreed that the failings in Trump’s frequently shifting lawsuit were “not insignificant failings” and that perhaps the case “ought never to have been filed.” Even so, the judge said that even if he had jurisdiction, Wisconsin and Milwaukee County wouldn’t have swayed him to award fees.

“Ready, fire, aim is not the preferred approach when litigating constitutional claims in federal court,” Ludwig said. “Nevertheless, in the overall context of this case, the Court is unable to conclude that counsel’s conduct multiplied these proceedings in an objectively unreasonable and vexatious manner sufficient to warrant a fee award.”