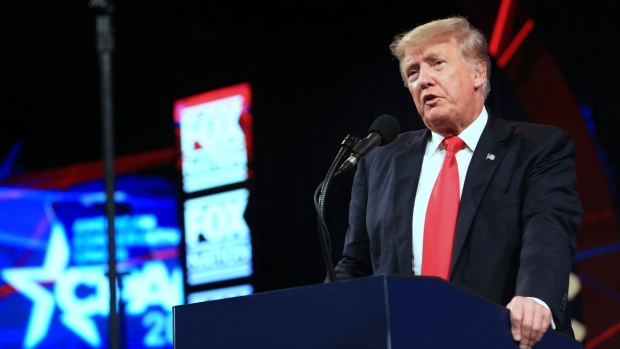 Gains for the actively managed fund may seem modest at first, but the trading frenzy in the SPAC is responsible for one of the ETF’s best sessions since launching in December.

Digital World is the second-biggest holding in the fund at 16%. The stock shot up more than 284% to a high of $175 at 10:00 a.m. in New York Friday after volatility triggered several trading halts during the session.

VPOP’s largest holding is Snap Inc. at about 19%, followed by Digital World and Netflix Inc. at 10%.