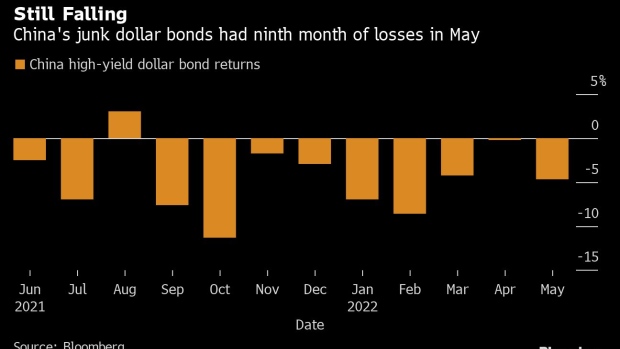 (Bloomberg) -- At least three people involved in credit trading are leaving Standard Chartered Plc amid a property debt crisis in China and an unprecedented selloff in fixed income globally.

Duncan Robinson, global head of credit flow trading, is leaving the firm, according to people familiar with the matter, who asked not to be identified as they are not authorized to speak publicly. Two traders who primarily focused on Chinese junk bonds are also departing, the people said.

A Standard Chartered spokesperson declined to comment on the exits. Robinson could not be reached for comment.

Credit traders are grappling with volatility in China’s beleaguered junk dollar-bond market after Beijing moved to reduce reckless borrowing by real estate firms, sparking a selloff. Banks and fund managers have been hit by the property stress, while a slowdown in home sales is threatening an economic recovery. The global rout in markets convulsed by Federal Reserve policy tightening is adding pressure.

China’s junk dollar-bond market dropped for a ninth month in May, the longest losing streak on record, as fresh stress broke out among the nation’s property firms.

China Evergrande Group, once the country’s biggest developer, was labeled a defaulter for the first time in December after it missed payments on several bonds. Others, including Kaisa Group Holdings Ltd. and Sunac China Holdings Ltd., followed.

High-yield bond funds managed by UBS Group AG and Value Partners are among those that have suffered steep declines in the past year on the cash crunch in China’s property market.