For the first time in 10 years value stocks are the place to be: Ryan Lewenza

Stocks fell across the board and Treasury yields surged amid a ramp-up in speculation that central banks will have to boost interest rates sooner than earlier anticipated.

All but one of the 11 industry groups in the S&P 500 fell, while the Dow Jones Industrial Average had its biggest daily decline since November. The tech-heavy Nasdaq 100 sank more than 2.5 per cent, dragged lower by megacaps such as Apple Inc. and Meta Platforms Inc. Microsoft Corp. retreated, spending US$69 billion to buy Activision Blizzard Inc., while Goldman Sachs Group Inc.’s worse-than-expected fourth-quarter trading revenue weighed on banks. Higher oil prices helped underpin gains in energy stocks.

Treasuries fell along the curve, pushing yields up to levels last seen before the pandemic roiled markets and benchmark German yields rose to within one basis point of turning positive for the first time since May 2019. Focus is sharpening on the U.S. Federal Reserve’s March meeting, with markets starting to consider pricing more than a 25-basis-point increase.

“Higher interest rates are going to be here to stay and that has to factor into everyone’s decisions -- not just those that are borrowing capital but mostly in terms of valuations,” Julie Biel, portfolio manager and senior research analyst at Kayne Anderson Rudnick, said on Bloomberg TV. “So those super high-flying narrative-driven tech stocks are going to continue to take a beating.”

Oil surged to the highest level in seven years, underscoring the inflation challenges facing the Fed. Meanwhile, a gauge of New York state manufacturing slumped in January as measures of orders and shipments retreated sharply, suggesting the omicron variant of the coronavirus caused a pullback in activity. 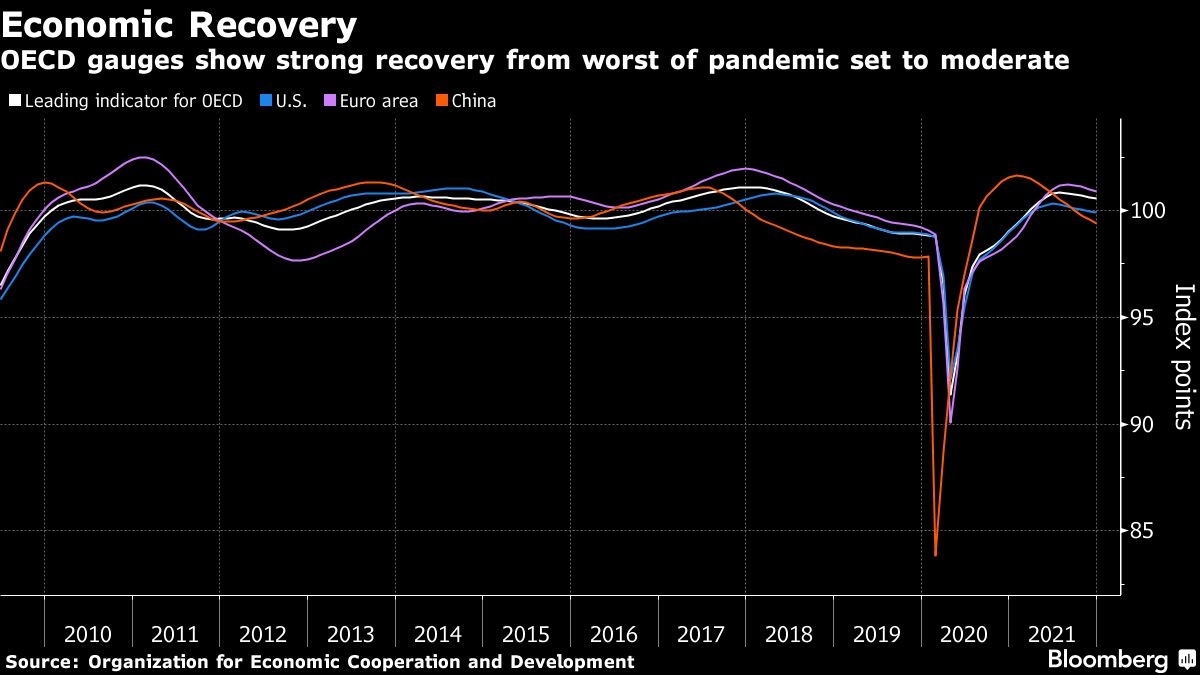 Global equities have had a volatile start to the year as investors shift out of more expensive and rates-sensitive sectors such as technology into cheaper, so-called value shares. Bank of America’s January global fund manager survey showed that net overweight positioning in the tech sector fell to 1 per cent, the lowest since 2008, though they expect inflation to fall this year and are placing record bets on a boom in both commodities and stocks overall.

The question investors are wrestling with most is if the Federal Reserve will need to tighten monetary policy to guide inflation lower, or if a softening in economic growth will allow the central bank to be less aggressive in tightening, according to Dennis DeBusschere, founder of 22V Research. The former would be “terrible” for cyclical and technology shares, he said.

The closely watched short-end of the Treasury saw the two-year yield surge to trade back above 1 per cent for the first time since February 2020. The 10-year yield reached a two-year high of 1.86 per cent.

“The really big thing, in my opinion, is to see the 2-year rate back where we saw it in February 2020,” JJ Kinahan, chief market strategist at TD Ameritrade, said by phone. “The 2-year is closer to what the Fed will be doing so I think it really signals something that’s aggressive.”

A gauge of the dollar rose. The yen was little changed after initially declining when the Bank of Japan stood pat on policy while nudging up its inflation projection.

Some other company and stock news: