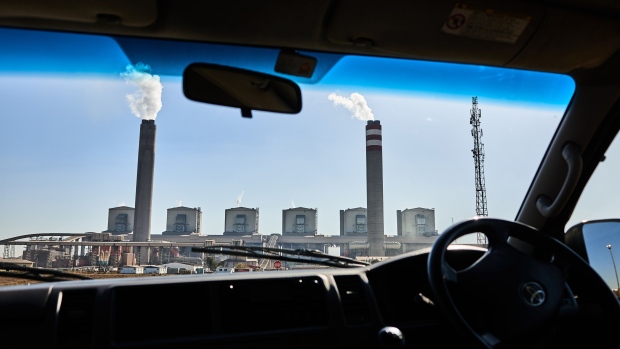 (Bloomberg) -- South Africa’s state-owned electricity utility Eskom Holdings SOC Ltd. will extend the worst blackouts on record to a fourth day as it struggles to recover from a strike that prevented as many as 90% of staff at some power plants from going to work.

The company will cut 6,000 megawatts from the national grid from 2 p.m. until midnight on Thursday and again from 5 a.m. until midnight on Friday, it said in a statement on Twitter. It started cutting that much power for the first time in more than two years on June 28.

Eskom has raised its wage offer to labor unions to break a deadlock that led the utility to cut enough power to supply 4 million South African homes as workers went on a rampage, torching homes of senior officials and blocking entry into power plants.

While Public Enterprises Minister Pravin Gordhan said two days ago that staff will return to work from Wednesday, high levels of absenteeism and intimidation of working employees is still rife, Eskom said.

“Due to the unlawful and unprotected strike, which has caused widespread disruption to Eskom’s power plants, Eskom is still unable to return some generators to service,” it said.

The company plans to cut a minimum of 4,000 megawatts of power continuously over the weekend.