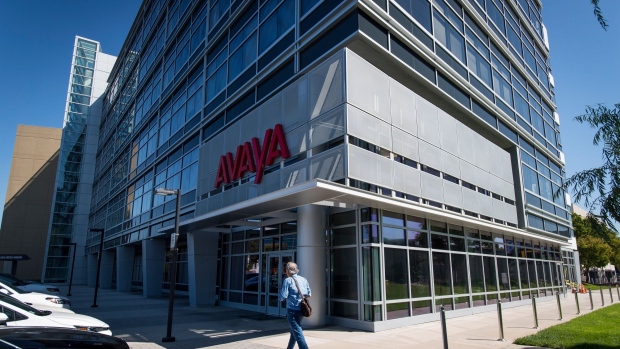 (Bloomberg) -- Avaya Holdings Corp., the communication software company that riled lenders by slashing its earnings projections soon after borrowing $600 million in June, said it has hired advisers and is conducting an internal probe of its third-quarter financial results.

With revenue plunging and a large chunk of convertible debt maturing in less than a year, Avaya said it now has “substantial doubt” about its ability to continue as a viable business, according to the company’s earnings statement on Tuesday.

The news sent the company’s shares tumbling 25%, leaving them down about 96% this year.

The doubts expressed by the company come after it sold a $350 million leveraged loan and a $250 million exchangeable note on June 24, both secured on a first-lien basis, to help refinance the older convertible notes maturing in June 2023.

But barely a month later, on July 28, Avaya said it was changing its chief executive officer and slashing its adjusted earnings forecast for the third quarter by more than 60% to between $50 million and $55 million. It also cut its revenue expectations by more than 16%.

The scaled-back guidance pulled down the price of the company’s debt, which now trades at deeply distressed levels, indicating it is seen as having a high risk of default. Some new and existing first-lien lenders hired law firm Akin Gump Strauss Hauer & Feld to explore their options, Bloomberg previously reported.

While the earnings reported Tuesday morning are in line with the previous revisions, Avaya indicated that the business is facing deep financial strain, saying it is engaging with its advisers to decide what to do about the 2023 convertible notes. Avaya is delaying filing its quarterly financial statements due to two ongoing internal investigations, according to the company’s statement.

Avaya has engaged outside counsel to help with both investigations and also notified the US Securities and Exchange Commission and its external auditor, PricewaterhouseCoopers LLP, according to the statement.

The earnings call Tuesday morning lasted about 10 minutes after starting late and included no question and answer session.

The new CEO, Alan Masarek, former head of Vonage Holdings Corp., thanked investors for their patience and asked for time to demonstrate a “better future” for Avaya.

“I understand very clearly there is disappointment, there is worry, there’s concern out there across effectively all of Avaya’s stakeholders,” he said. But it would be a mistake to look at the third-quarter results and “extrapolate that out and say this is the future of the company.”

Investors in the June debt deal had expressed feelings of being blindsided by the company’s rapid reversal of fortunes and are questioning why this information wasn’t disclosed during the marketing process by either Avaya or the banks leading the transaction, Goldman Sachs Group Inc. and JPMorgan Chase & Co.

The $350 million loan was sold to a large group of investors in a broad syndication. That loan subsequently fell more than 20 cents on the dollar into the 60-70 cent range after Avaya revised its forecasts. The $250 million exchangeable notes were sold to a small group.

Since that transaction, Avaya repurchased about $129 million of the 2023 convertible notes, leaving about $221 million still outstanding, according to a July 14 filing.

On the call, CFO Kieran McGrath reiterated numbers released in the earnings statement, including that after accounting for the recent debt deal and repayment of part of the 2023 notes, Avaya holds cash and cash equivalents of $404 million with an additional $221 million of restricted cash held in escrow.