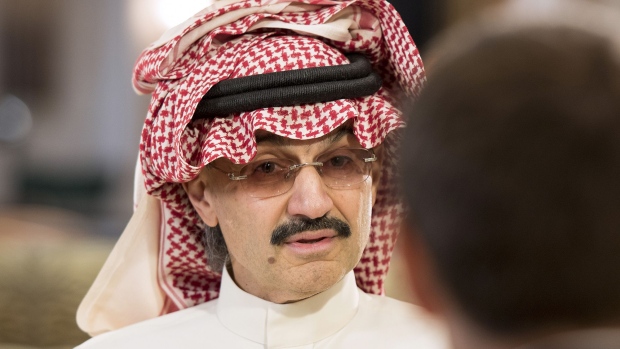 The Public Investment Fund acquired a 16.9% stake in Kingdom Holding Co. for 9.09 riyals a share, according to a statement on Sunday. Prince Alwaleed will retain the other 78.1%.

Prince Alwaleed, 67, is one of the richest and highest profile Saudi investors, having held stakes in Citigroup Inc., News Corp. and Snapchat Inc.

He was accused of corruption and detained at the Ritz Carlton hotel in Riyadh in 2017 for 83 days. He was released after reaching an unspecified agreement with the government.

The prince also holds a stake in Twitter Inc., and has backed Elon Musk’s attempt to buy the company.