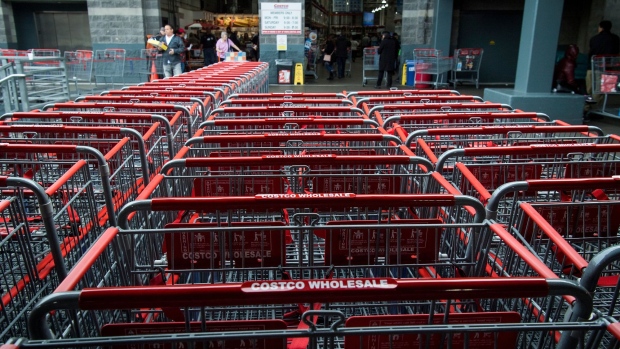 The most recent data on inflation shows prices rose last month by the smallest amount since January, but that doesn't mean consumers are in the clear. The debate over whether higher prices will be a temporary phenomenon or here for the long haul continues. In the meantime, shoppers should know there are things they can do to deal with sticker shock.

First, remember that the headline rate - an increase of 0.3 per cent in August from the prior month and 5.3 per cent from a year earlier - is based on the prices of a basket of goods and services a typical consumer buys. But a look at more than 400 items tracked by the Bureau of Labor Statistics shows some prices surged a lot more than others.

The price of rice actually declined and legume lovers will be happy to know lentils also decreased significantly. Apple prices have surged about 6 per cent, but oranges are up only 1 per cent. Instant coffee prices barely budged, while those for roasted coffee rose more than 2 per cent. Adjust your food shopping accordingly.

Think twice about shopping at wholesale stores like Costco. Studies show people just tend to buy more than they actually need rather than save. A more sure-fire way to cut costs when buying groceries is to stay away from foods that have been altered and then repackaged since the process can double the price. For example, plain tomato sauce is six cents an ounce, but once it's called spaghetti sauce, it jumps to 20 cents an ounce. Also, remember that inflation can be sneaky - producers may keep the price the same, but reduce the quality or quantity.

When it comes to gas, there aren't that many ways to beat the 43 per cent price jump over the last year. But some perspective may help to soften the blow - filling up a car's tank tends to be a very small percentage of a household's overall spending. Thanks to inflation, the extra money spent on gas probably totals around US$75 a month as of late.

High-end shoppers may want to delay purchases of more discretionary items that have seen the biggest price spikes. That includes designer handbags, with fashion houses such as Chanel and Louis Vuitton increasing prices by almost 20 per cent for certain styles. The same goes for car rentals, with prices soaring 53 per cent, and hotel rooms, which have experienced a 20 per cent increase.

There are things savers can do in the longer term, too, if they're concerned that high rates of inflation will be here for the foreseeable future and they're nearing retirement. Maximizing contributions to retirement accounts is even more essential in an inflationary environment. Dollars won't go as far once a worker is retired, so it's better to save more now so that money can be invested and grow for longer. For those with more than US$50,000 in a retirement account, it can be helpful to work with a fee-only financial adviser.

It's also prudent to adjust work and spending habits to collect Social Security as close to age 70 as possible, even though it can start being taken at 62. Social Security payments are doubly beneficial - they're inflation–indexed and they last a lifetime. But the sooner you start collecting, the less you'll get. Let's say you earn about US$70,000 a year and claim a US$1,340 monthly benefit at age 62. If you live until 92, you'll wind up receiving US$283,000 in total. But if you waited to start collecting until 70, the monthly benefit would be US$3,242 and you would receive US$535,000.