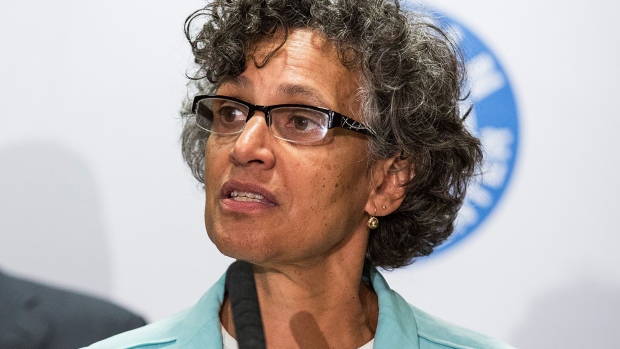 (Bloomberg) -- Health officials in New York City have confirmed that the virus causing polio has been detected in the city’s sewage system, a little over a week after it was found in samples from the neighboring suburbs of Orange and Rockland counties.

Officials say the detection of the virus, known to cause permanent paralysis in limbs and possibly even death, suggests there has been spreading from person-to-person in the community, under the radar of surveillance.

Read More: Why Polio, Once Nearly Eradicated, Is Rebounding

Both state and city officials say they will continue wastewater surveillance in cooperation with the US Centers for Disease Control and Prevention, an effort that has been ongoing since an unvaccinated 20-year-old man from Rockland County was reported to have a case of paralytic polio in July.

Since 2000, the US has only used poliovirus vaccine containing inactivated virus in large-scale campaigns. Naturally occurring cases have been not been detected in the US since 1979. All 50 states and Washington, D.C. require school-age children to be vaccinated when entering childcare or public school settings, according to the CDC.

However, some countries still use oral poliovirus vaccine that contains a weakened version of the virus that can be passed from person-to-person in undervaccinated communities -- eventually undergoing enough genetic changes to morph back into the paralysis-causing form.

Read More: QuickTake: Why Polio, Once Nearly Eradicated, Is Rebounding

The majority of infections are asymptomatic, with only 1 in 200 leading to irreversible paralysis, usually in the legs. One in 25 infections also leads to viral meningitis. Polio mainly affects children younger than 5, though anyone who is unvaccinated can contract it.

In New York City, routine vaccination rates have dropped since 2019, including for polio. Local health officials say that 14% of New York City children under 5 have not gotten the polio vaccine, putting them at serious risk for catching the virus. Some neighborhoods have even lower coverage, such as Williamsburg, where just 56.3% of kids have gotten vaccinated, according to city health data.

In New York City, children ages 4 years and older can get low-cost or free vaccination at the NYC Health Department’s Fort Greene Health Center in Brooklyn from Monday to Friday, 8:30 a.m. to 2:30 p.m. To make an appointment, visit nyc.gov and search for immunization clinic.

(Updates with background on virus, vaccination starting in fourth paragraph)