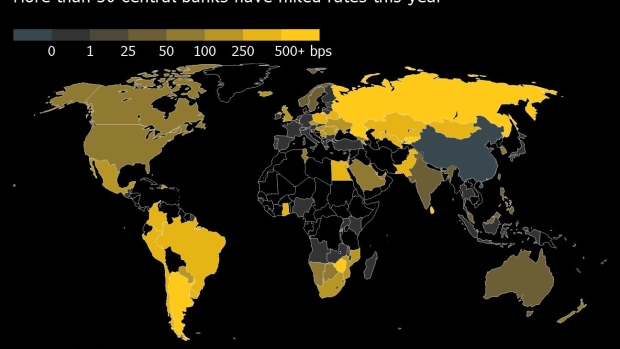 Paraguay’s central bank lifted its benchmark interest rate to its highest level in more than a decade at 7.25% to contain the fastest inflation since 2008.

Policy makers tightened by half a percentage point for a third consecutive month. The central bank said in its policy statement it expects inflation to converge with the 4% target in the first quarter of 2024.

Paraguay’s inflation rose for a fourth straight month to 11.8% in April. The monetary authority forecasts inflation peaking in the third quarter to finish the year around 8.2%.