Over the course of the next 12 months energy will be the best performing sector: Art Hogan

Oil settled below US$90 a barrel as softer economic data from China and a potential breakthrough in negotiations with Iran eased pressure on crude markets.

West Texas Intermediate closed nearly 3 per cent lower after sinking earlier to a six month low. Oil started the week on a bearish note after China announced a surprise cut in key interest rates in response to weak economic data. Meanwhile, Iran signaled a nuclear deal agreement could be reached in the next few days, raising the prospect of Iranian crude returning to the global market.

“Most are increasing the probability of an Iranian deal,” said Rebecca Babin, a senior energy trader at CIBC Private Wealth Management. “I see US$80 as significant support and would expect buyers start to get interested at those prices,” she added.

Foreign Minister Hossein Amirabdollahian said in a briefing that the country would inform the European Union Monday evening of its position regarding a final draft text for a finalized nuclear deal, striking a more conciliatory tone than in recent months. A spokesperson for the Iranian foreign ministry said there could be a basis for a signed agreement “in the very near future.” 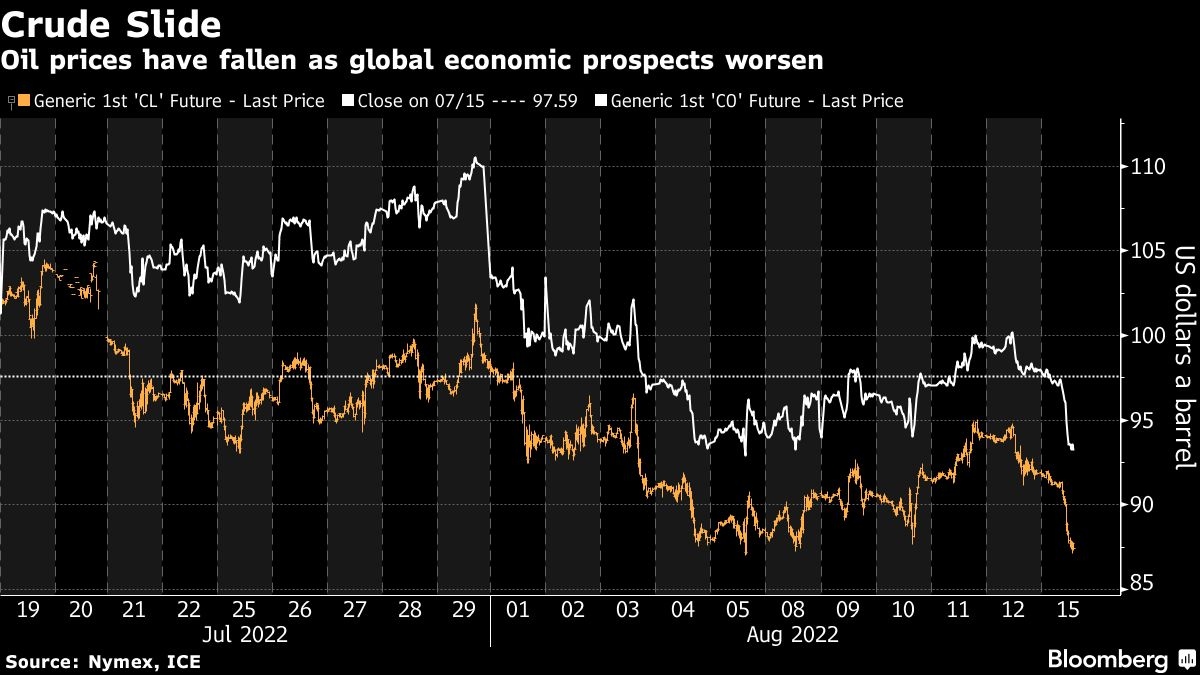 Crude has ticked lower over the past couple of months on concerns about an economic slowdown, shedding all the gains immediately following Russia’s invasion of Ukraine. Money managers have cut their bullish bets on WTI to the lowest in over two years, according to the Commodity Futures Trading Commission.

“We’re really seeing where China’s economy is at and it’s a lot less rosy than people had hoped, consumption is going to be lower than anticipated, certainly for oil,” Sucden Financial’s head of research Geordie Wilkes said by phone.

China’s economic recovery unexpectedly weakened in July as fresh COVID-19 outbreaks impacted consumer and business spending. Industrial output rose 3.8 per cent from a year ago, lower than June’s 3.9 per cent and missing economists’ forecast of a 4.3 per cent increase. Oil refining also fell as plants shut for maintenance.

Brent’s prompt spread ended 82 cents a barrel in backwardation, compared with US$4.01 a month earlier.