Oil climbed as investors monitored developments from the gathering of Group of Seven leaders, and two supplier countries flagged potential output cuts due to political unrest.

West Texas Intermediate rose to settle above US$109 a barrel in a choppy session on Monday. The G-7 is weighing a price cap on Russian crude. Libya’s National Oil Corp. signaled a potential dent in supply due to a worsening political crisis. Ecuador could halt oil production even quicker due to anti-government unrest, the energy ministry there said. Meanwhile, OPEC+ will be meeting this week to discuss production increases.

Retail prices for gasoline and diesel haven’t fallen anywhere near as fast as crude, amid a recovery from Covid-19 and a shortage of refining capacity to make fuels. Still, fears of a demand-sapping recession are keeping a lid on sustained price increases. Oil is heading for its first monthly decline since November. 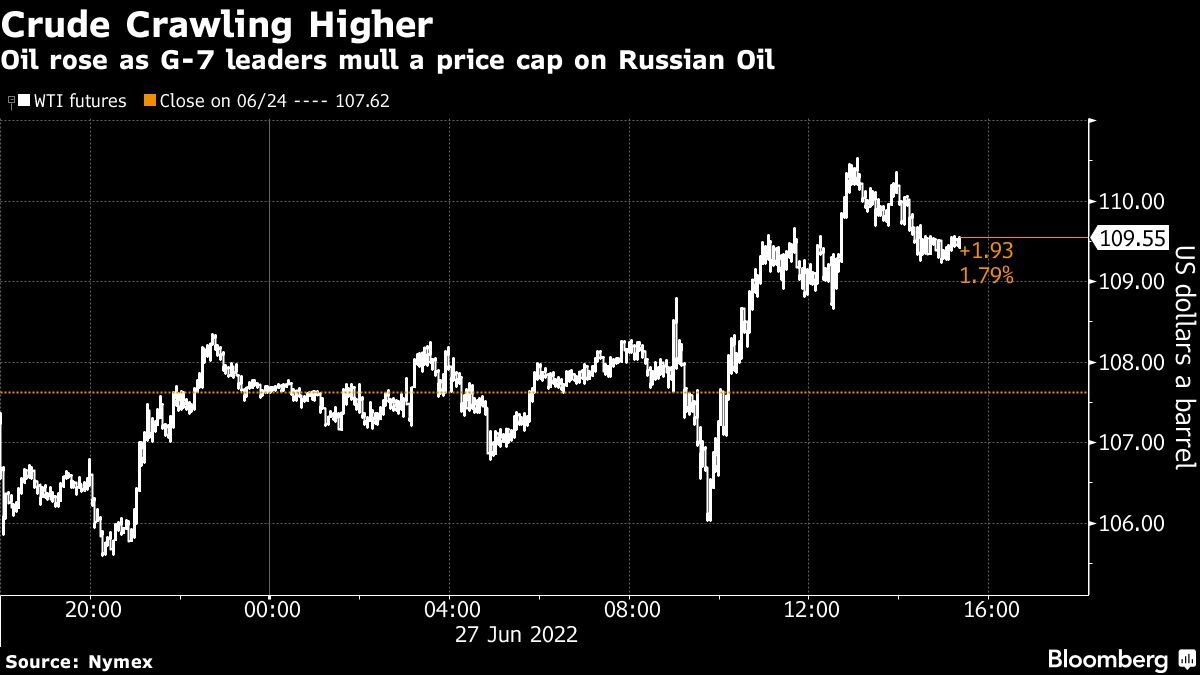 Meanwhile, the revival of the Iranian nuclear deal could mean that crude from the country will flow back onto global markets. Iran’s chief nuclear negotiator and his US counterpart are heading to Qatar in the latest attempt to revive the deal.

G-7 leaders and officials have been discussing a potential price cap on Russian oil, but an agreement has yet to be reached, according to people with knowledge of the matter. The proposed mechanism would work by imposing restrictions on insurance and shipping, they said.

Protests could force Libya’s national oil company to declare force majeure, a clause in contracts allowing shipments to be halted, within 72 hours, according to a statement on Monday.

Time-spreads that traders watch as supply-demand indicators also remained strong. Second-to-third month spreads for both Brent and WTI are around the US$3 a barrel mark, pointing to an urgent need for supply.

The US Energy Information Administration said the timeline of publication of its Petroleum Status report that was scheduled to come out last week is still unclear but will not be published Monday.