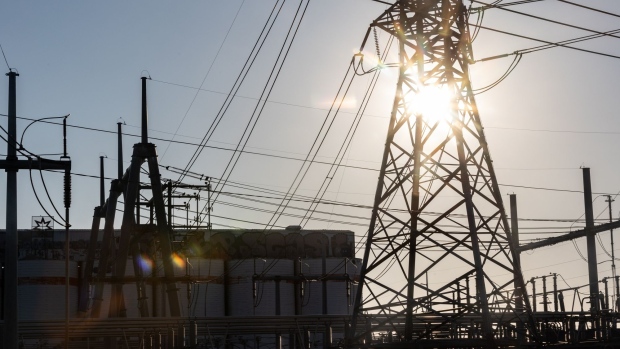 According to the report, across the country, on average, peak temperatures now on the hottest 7 days per year will be reached 18 days a year in most places. , Bloomberg

So you think it’s hot out there now? Consider the summer of 2053. That’s what researchers at First Street Foundation, a New York nonprofit that studies climate risk, have done in a report published today.

They predict that in three decades, more than 100 million Americans will live in an “extreme heat belt” where at least one day a year, the heat index will exceed 125° Fahrenheit (52° Celsius) — the top level of the National Weather Service’s heat index, or the extreme danger level. (The index combines temperature and humidity to arrive at how it feels when you go outside.)

Along with the report, First Street has released a free web tool that lets users search US addresses to determine their heat risk.

The future heat belt is a huge swath of the country that includes the Southeast and the area just west of the Appalachian Mountains, stretching from Texas and Louisiana all the way up through Missouri and Iowa to the Wisconsin border. This is not the part of the nation we most associate with heat, but since it is inland there are “no coastal influences to mitigate extreme temperatures,” and many communities “are not acclimated to warmer weather relative to their normal climate,” the report states.

The sharpest heat increase, however, will be felt in Miami-Dade County, Florida, where the hottest days now, those reaching 103°F, will increase in frequency from 7 days a year to 34 by 2053.

The findings are part of the sixth report by First Street to help Americans picture how warming will impact them at home. Previous reports looked at fire and floods, and the foundation made available fire and flood risk scores for every property in the contiguous US on its website.

Unlike those menaces, heat does not affect the survival of homes themselves and related insurance costs, so it does not have the same immediate threat to property value. But Matthew Eby, founder and chief executive of First Street, says he felt it was urgent to take on nonetheless.

“Increasing temperatures are broadly discussed in yearly averages, but the focus should be on the extension of the extreme tail events expected in a given year,” he said in a statement. In other words, when people discuss climate change they often use yearly averages, which can inadvertently blunt the severity of what is coming. Even relatively small increases in global yearly averages will include far more common extreme heat events.

According to the report, across the country, on average, peak temperatures now on the hottest 7 days per year will be reached 18 days a year in most localities.

While you might not lose your home to extreme heat, it certainly has other risks. The recent heat wave in the Pacific Northwest sent almost 1,000 people to the hospital. Power grids experience blackouts, knocking out air conditioning. People can experience exhaustion and dehydration as temperatures soar and can die from heatstroke. Bridges and roads buckle.

Temperatures are notoriously difficult to predict accurately even a few days out, much less 30 years. However, there are differences between climatology and meteorology. First Street uses climatology modeling that shows rising global temperatures based on the current level of greenhouse gas emissions to predict warming trends. Then it layers on address-specific information, such as how much tree canopy cover is nearby, or whether a home in an urban area is surrounded by impervious surfaces, like parking lots, that absorb and retain heat.

The peer-reviewed model also takes into account variables like proximity to a large body of water, which might moderate temperatures, and whether the home is high in the mountains, which is cooler. Some of these variables will change over time, but for the purposes of this exercise, First Street keeps them stable.

Jeremy Porter, the foundation’s lead researcher, says there is far less variation house to house for extreme heat than for fire or flood. Yet the scoring offers very practical financial information. Because it looks at the square footage of a house and state electricity prices, the scoring tool can estimate how much an individual home’s energy bills can be expected to rise if the owner has air conditioning.

Today we are complaining about inflation, but even with the slew of rebates in the Inflation Reduction Act, some Americans may look back at the cooling costs from the summer of 2022 as a bargain.