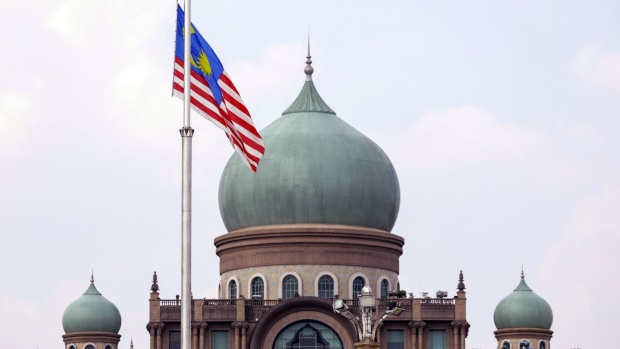 (Bloomberg) -- Malaysia is likely to hold a general election this year, according to the head of the largest party in the ruling Barisan Nasional alliance, the Star newspaper and other local media reported.

The public statement increases pressure on Prime Minister Ismail Sabri Yaakob, who has been resisting an early vote, saying he is dealing with economic issues including rising food prices.

Ahmad Zahid Hamidi, president of the United Malays National Organization, said Ismail might have a different reading about the election date but he would definitely have to consult with UMNO’s top leaders, the paper said.

“I’m confident that it will be held this year because there are many indicators pointing in that direction,” the Star and media including Bernama quoted Zahid as saying after the closing of the alliance’s annual convention on Sunday in Kuala Lumpur.

UMNO has repeatedly urged the prime minister to bring forward the election, due to be held by September 2023, to capitalize on a string of landslide wins in recent state polls. On Sunday, the prime minister said he will dissolve parliament if a survey by the women’s wing of Barisan Nasional shows that voters favour the coalition.

In a speech at the convention, UMNO’s Zahid also said the opposition will try to win votes over the delay in completing six warships ordered by the navy. A report by the Public Accounts Committee (PAC) revealed that none of the six littoral combat ships had been completed although the government had spent 6 billion ringgit on the project since it was awarded in 2011.

“We know that the Opposition want to turn the LCS project into an issue like they did with 1MDB during the 14th General Election,” Zahid said, referring to the public anger over the financial scandal that led to BN losing elections in 2018.

Ismail last week said the nation’s anti-graft commission had been asked to speed up its investigation into the LCS project. The Cabinet has also agreed to declassify the 2019 forensic report on the project after advice from the attorney-general and auditor general, he said.