It was hard to find staff while aid programs like CERB were in place: Vancouver-based seed company

London office workers want an average pay rise equivalent to the cost of some annual railway season tickets to return to their desks full-time after the pandemic, according to a survey.

However, cash would entice 43 per cent of employees back into the office. In London, that equates to an average of 5,100 pounds (US$6,950) -- virtually the same as an annual railway ticket between London and the commuter town of Tunbridge Wells, in Kent. The U.K. national average was 4,000 pounds.

The research underscored the difficulties in engineering a post-pandemic “new normal” for business. Ending legal coronavirus restrictions this week, amid a surge in infections in London and around the U.K., has not yet spurred a large-scale return.

Rising wages and prices are fanning concerns at the Bank of England about when to pare back stimulus put in place when the virus hit the U.K. in early 2020. If London workers were to get the salary bump they are seeking to return full-time, it would be the equivalent of a 15 per cent increase in the median salary there.

Many firms want staff back and are already planning for a hybrid future that includes regular home-working in order to keep them on-side.

“Businesses run the risk of losing talent if they don’t offer some flexibility,” according to Thomas Kessler, chief executive officer and founder of Locatee. Employees, on the other hand, “still want to feel part of a larger unit, surrounded (sometimes physically) by colleagues, and supported by the business.” 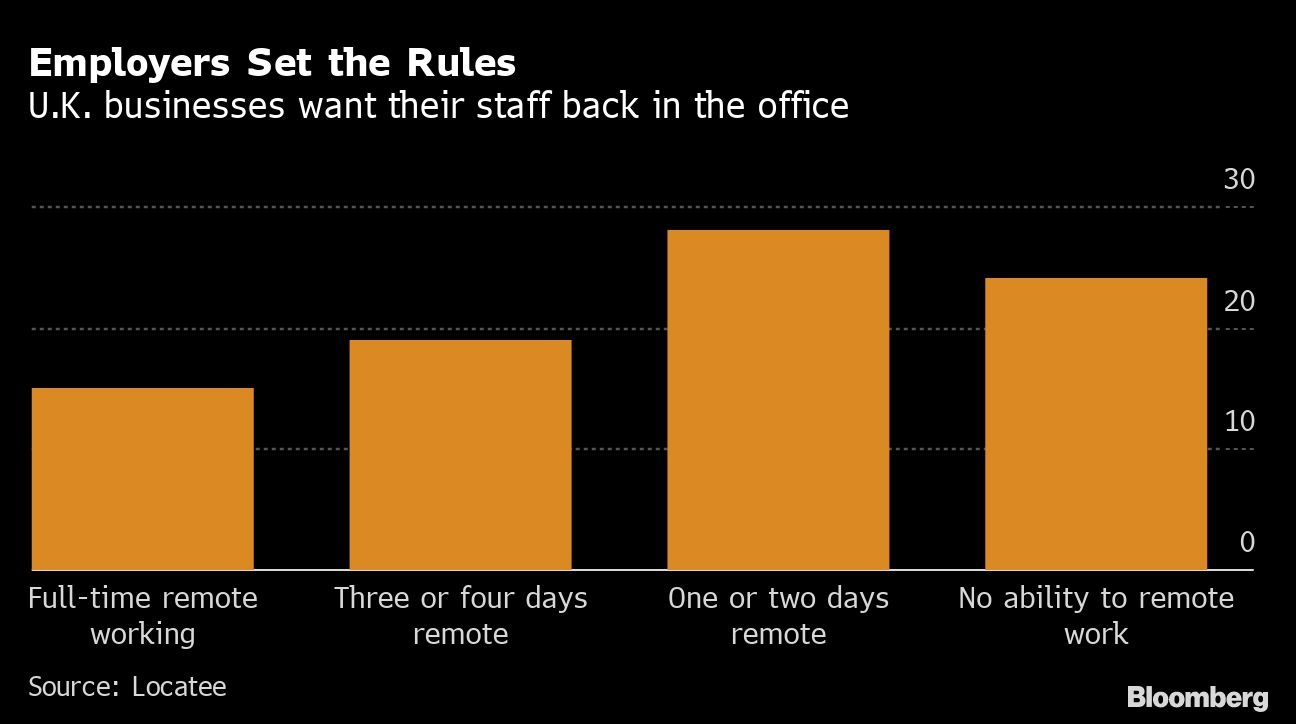 The survey, which was carried out by YouGov Plc. for Locatee, also found that almost one-third of people looking for new jobs now expect to work from home at least two days each week. Although most still prioritize salary when looking for new jobs, 47 per cent now cite flexible working as one of their top requirements.

Yet while staff are seen as valuing flexibility and remote work, 24 per cent of companies want their employees back full-time. That may be welcomed by younger workers, with almost half of 18- to 24-year-olds worrying remote working could hinder their career progression.