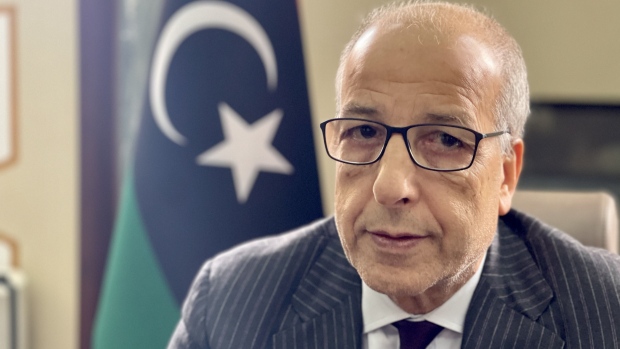 Output needs to be at least 1.4 million barrels per day “if we want to make a shift in Libya’s economy,” Sadiq Al-Kabir told Bloomberg from the capital, Tripoli. The North African nation is currently pumping about 1.2 million, which he described as not enough to cover hikes in government spending should crude prices fall below $70 a barrel.

The bank supports the government’s efforts to boost output “in solidarity with the international community and to fill the shortage in energy supplies caused by the Russia-Ukraine war,” Kabir said.

Increasing production isn’t easy for Libya, which hosts Africa’s largest crude reserves but is mired in a political deadlock between the Tripoli-based government and a rival prime minister backed by parliament in the east. Energy fields, pipelines and ports have been at the heart of years of civil war that began with the 2011 NATO-backed overthrow of dictator Moammar Al Qaddafi, and are often blockaded by armed groups or protesters pressing political or economic demands.

The vast desert nation’s antiquated energy facilities have also been a constraint. The state-run National Oil Corp., which underwent a dramatic change of leadership during the last oil crisis that ended in July, has long called for funding for a substantial revamp.

Kabir said the NOC had received about $1.7 billion this year for unspecified development projects.

More oil income would allow Libya to “expand development and infrastructure projects, stimulate the private sector and diversify the economy and sources of income,” the governor said, without elaborating.