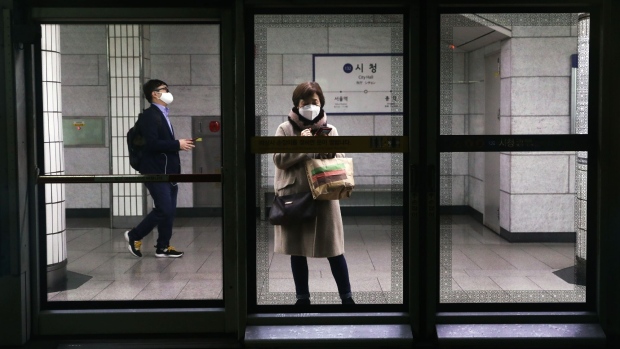 (Bloomberg) -- Workers at South Korea’s major subway operator agreed to end a strike in the nation’s capital after reaching a deal with the management on corporate restructuring.

Services returned to normal on Thursday as unionized employees returned following a one-day walkout, according to state-run operator Seoul Metro. Neither the company nor the Seoul Transit Corporation Labor Union provided more details, though the union wanted the government to scrap plans to shrink the workforce and hire more staff instead.

While the agreement avoids prolonging the headache for Seoul commuters, other strikes threaten to cause more disruption and maintain the pressure on President Yoon Suk Yeol’s administration. Unionized employees from Korea Railroad Corp. plan a nationwide walkout on Dec. 2, demanding a larger workforce, better pay and measures to improve staff safety.

At the same time, unionized truckers have pressed on with their own strike after a second round of talks with the government on Wednesday failed to resolve the dispute.

The truckers strike, which started Nov. 24, disrupted shipments of about 1.6 trillion won ($1.2 billion) of goods from cement to steel and fuel during the first seven days, the industry ministry said in a statement Thursday.

Transport Minister Won Hee-ryong warned the truckers that the government would expand a back-to-work order for those in oil refining as some gas stations were running out of fuel, Yonhap News reported.

--With assistance from Sam Nagarajan and Jeff Sutherland.

(Updates with disruption from truckers strike in fifth paragraph.)