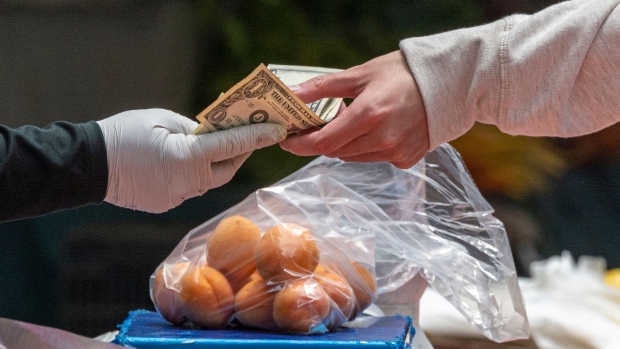 The landmark tax, climate and health-care bill, which passed the Senate on Sunday and is headed for the House on Friday, puts a slimmed-down version of President Joe Biden’s domestic agenda on a path to becoming law after a year of Democratic infighting that the White House was unable to control.

The nonpartisan Congressional Budget Office, the Committee for a Responsible Federal Budget and the Penn Wharton Budget Model all found that the legislation will have a minimal influence on inflation, which climbed an annual 9.1% in June.

“The aggregate demand impulse is trivial,” Michael Feroli, JPMorgan’s chief US economist, wrote in a note Tuesday. “Moreover, we believe the drug-pricing provisions will have little near-term impact on the CPI,” he said, referring to the consumer price index.

“If there are longer-run beneficial effects for the supply side of the economy -- as its backers claim -- that’s a growth issue, not an inflation issue: in the long-run inflation is determined by Fed policy,” Feroli wrote.

The July readout inflation is due out Wednesday.

The law is estimated to reduce the federal budget deficit by about $300 billion over the next decade. For the fiscal year that starts Oct. 1, the narrowing in the gap is seen at $18 billion, or less than 0.1% of gross domestic product, Feroli said.

“By itself, this very modest reduction in the fiscal impetus to aggregate demand implies almost no change to the near-term growth outlook,” he said.