The number of Canadians searching for work jumped last month, just as pandemic-related government support programs were wound down, a survey by Indeed Canada showed.

The share of people actively looking for employment rose to 30 per cent last month, up from 25 per cent in September, according to a report published Monday by the job posting site. The increase was largely driven by unemployed workers who described their search as immediate. Among those looking for work, 39 per cent characterized the situation as “urgent,” up from 32 per cent in September. 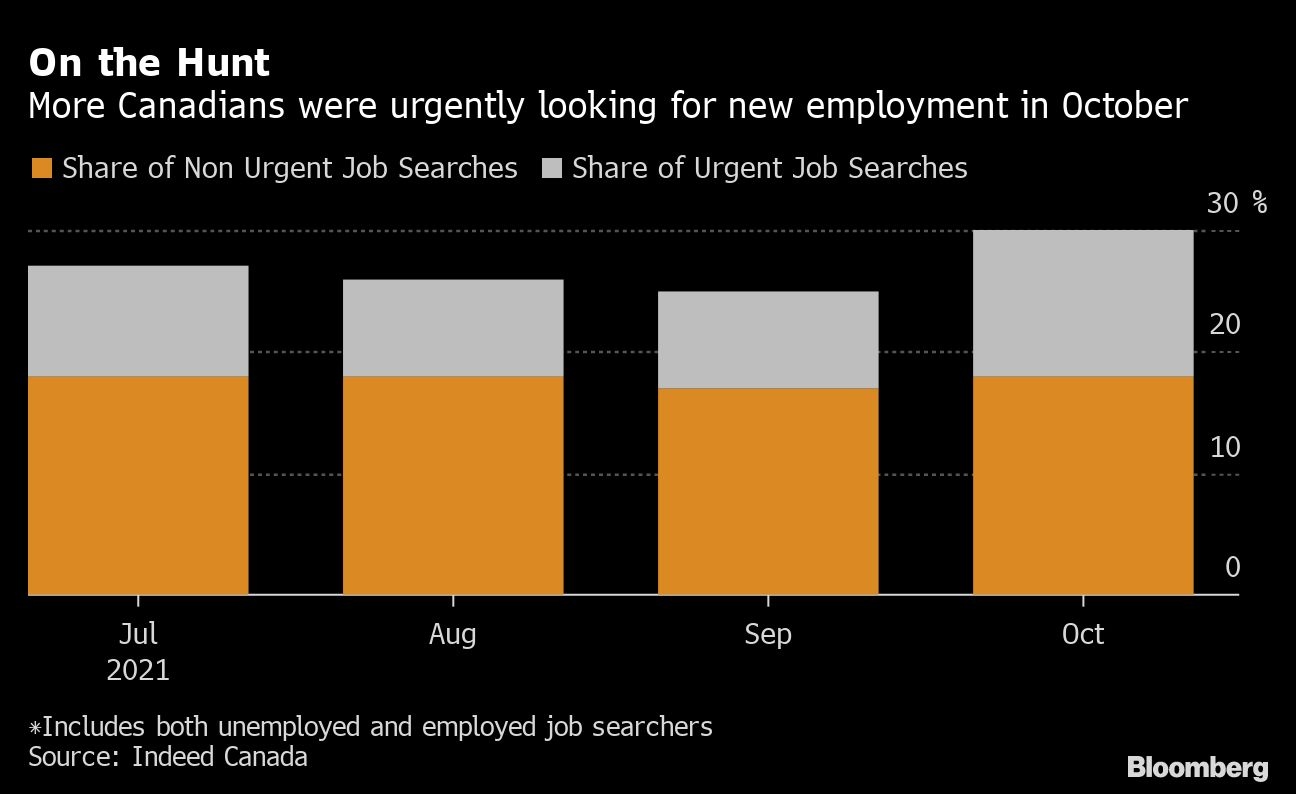 The data illustrate some of the potential impacts of Prime Minister Justin Trudeau’s decision last month to terminate his government’s key income support programs. The move will raise financial strains on many Canadians who have yet to find work during the pandemic, while also encouraging them to enter the labor force at a time of growing worker shortages.

The survey also showed a “statistically significant” increase in searches by people already employed, which is a sign that job switching is on the rise. That too could be a product of worker shortages.