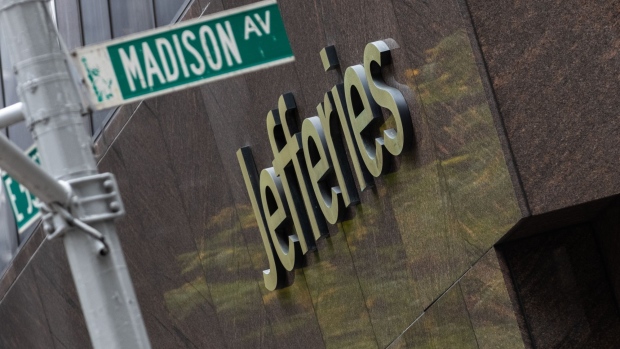 The decline contributed to a 30% drop in overall revenue at the company during the three months through June, Jefferies said in a statement Monday. The company’s $1.1 billion in investment-banking and capital-markets revenue was higher than the $967 million consensus from analysts in a Bloomberg survey. Revenue from debt and equity underwriting was lower than a year earlier, “consistent with a reduction in industrywide deal activity,” the company said.

“Our second-quarter results are reasonable in the face of an extremely challenging capital-markets environment, with some markets being all but shut to new issues,” Chief Executive Officer Rich Handler said in the statement. “Our investment-banking advisory activity remains strong as our clients continue to look to Jefferies to support them through this transition in economic and market conditions.”

The firm’s performance offers a preview of what’s to come from larger rivals including JPMorgan Chase & Co. and Goldman Sachs Group Inc., which report their second-quarter results next month. Wall Street’s biggest lenders saw their investment-banking revenue crimped last quarter as the war in Ukraine, Federal Reserve rate hikes and inflationary pressures stymied deals, while that same volatility helped drive up their trading revenue. Bank of America Corp. and JPMorgan executives have forecast a decline of as much as 50% in investment-banking revenue for this quarter.