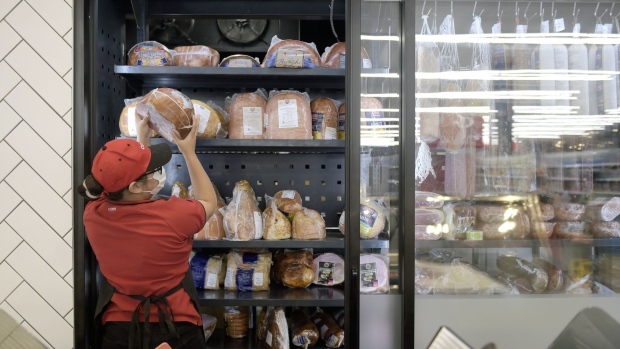 An employee removes a ham from a fridge at the Coles Group Ltd. supermarket in the Elsternwick suburb of Melbourne, Australia, on Thursday, Feb. 11, 2021. Australian supermarket chain Coles is scheduled to announce earnings on Feb. 17. Photographer: Carla Gottgens/Bloomberg , Bloomberg

The refrigeration system company has already appointed Rothschild as adviser on a deal and it’s aiming to go public next year, Sole said, citing people familiar with the matter.

The group, which owns brands including Costan and Iarp, employs almost 6,000 people and has 11 production sites in Europe, Asia and the Americas, according to its website. Epta, which is controlled by the Nocivelli family, recorded revenue of 908 million euros ($1.05 billion) in 2020, Sole said.