Canadian consumer confidence levels have fallen to near crisis-era lows in an ominous sign for the nation’s economic outlook.

The Bloomberg Nanos Canadian Confidence Index, a measure of sentiment based on weekly polling, declined for a ninth straight week to the lowest reading ever outside of the last two economic crises.

The numbers suggest Canada’s households are beginning to buckle amid the weight of rising prices, higher interest rates and a housing correction -- casting doubt on whether they can continue driving the nation’s expansion forward. 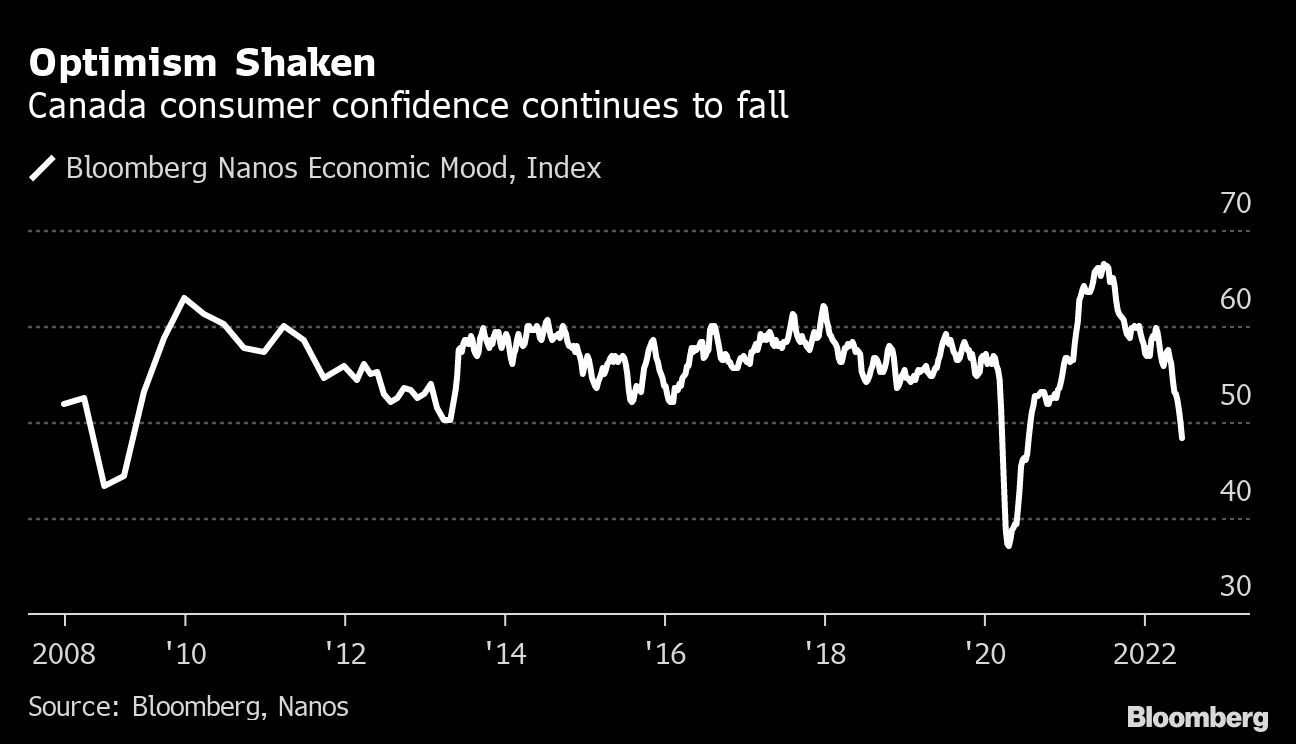 While economists have been revising down their growth forecasts in recent weeks, Canada’s economy is still seen growing at a relatively robust pace of about 2 per cent over the next couple of years.

Peculiarly, the slump in confidence comes even as job security remains elevated. Only 9 per cent of Canadians say they worry about losing their job, reflecting a tight labor market that has seen the jobless rate fall to the lowest in five decades.

Nor has there been any evidence yet of any significant slowdown in activity. For example, retail spending is still growing at a strong pace.

Still, the numbers clearly show Canadians struggling with the rising cost of living.

Consumer price inflation has accelerated to a four-decade high, and the Bank of Canada has embarked on one of the most aggressive monetary policy tightening cycles in its history. The elevated housing values, meanwhile, that have been important drivers of confidence over the last two years have begun to dip.

As a result, households are reporting a sharp deterioration of their finances. The number of Canadians who say their finances are worse today than a year earlier has reached 42 per cent, near a record high for this question.

About 29 per cent of Canadians now expect home prices to continue falling over the next six months -- the highest since July 2020. That’s up from less than 10 per cent in just a little over one month.

Households have also become gloomy about the immediate economic outlook. About 57 per cent of Canadians expect the economy to weaken over the next six months -- which is the highest on record outside of the first year of the pandemic.