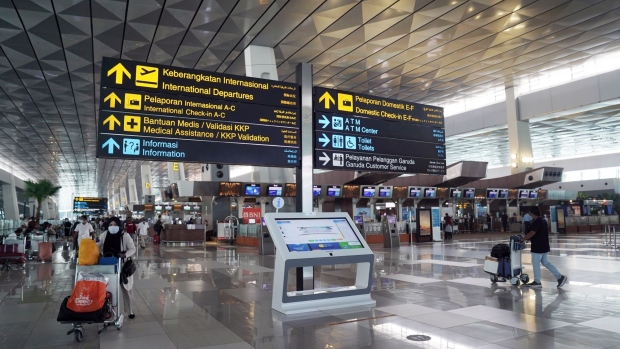 (Bloomberg) -- Indonesia lifted a ban on all foreign arrivals and kept the required isolation period to 7 days in a bid to keep the economy going, even as local Covid-19 infections continued to climb.

Authorities last week removed all 14 heavily-infected nations from its travel ban list, allowing travelers from countries including South Africa and U.K. to enter its borders starting from Jan. 12, according to a statement by the Covid-19 Task Force.

With restrictions in place, “it will be difficult for cross border movements that are still needed to maintain stability including the national economic recovery,” Spokesman Wiku Adisasmito said in the statement.

The ban removal came as Southeast Asia’s biggest economy geared up for several international events this year, such as the MotoGP championship in March and the G-20 Summit in November that would generate more international arrivals.

Indonesia’s daily Covid case rose to a three-month high earlier this week, as the omicron strain spread across the country and the number of local transmissions exceeded its imported cases. Still, hospitalization rate and fatalities have remained low as vaccination coverage improved.