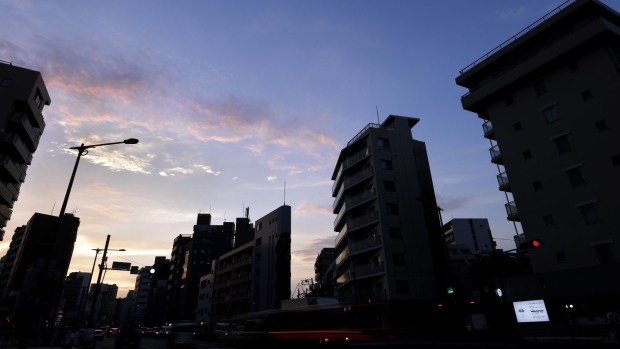 Residential and commercial buildings are silhouetted at dusk in Tokyo, Japan, on Friday, July 1, 2022. The government issued a heat stroke alert for several regions in the country including the nations capital, urging people to take health precautions amid scorching temperatures. Photographer: Kiyoshi Ota/Bloomberg , Bloomberg

(Bloomberg) -- Hong Kong-based real estate private equity firm Gaw Capital Partners is increasing investments in Japan to as much as $4 billion in the next two years to take advantage of the weakening yen.

The asset manager will invest about $3.5 billion to $4 billion in Japan over the next 18 months to two years. That’s on top of $1.6 billion in the 18 months by June, according to the company. “We do think Japan is very attractive with the yen depreciation,” Isabella Lo, managing director and head of Japan investments said in an interview. “But it’s not just the yen, we also feel the yield spread is still more attractive than a lot of other markets.”

Residential properties in Japan generate about 3.5% to 4% yield while the borrowing cost is usually less than 1% for Gaw, making the Japanese market much more appealing than others, Lo added.

The Bank of Japan has continued to keep interest rates low, a divergence in policy compared with other central banks including in the US. That’s made the country’s real estate market attractive for institutional investors and residential buyers from Hong Kong.

Gaw is looking to invest in a variety of Japanese assets including residential, office, hospitality buildings and data centers. For residential properties, rental income and occupancy rates have remained resilient despite the pandemic, Lo said. Office space is also not as affected by Covid, because of the need for face-to-face interaction in Japan, Lo added.

The company also wants to expand into Japan’s logistics property this year.

Since foraying into Japan in 2014, Gaw Capital has built a portfolio of assets worth about $3.5 billion. In May, the company announced that it had acquired 32 residential properties in Tokyo and other main cities in partnership with Qatar Investment Authority, Qatar’s sovereign wealth fund.