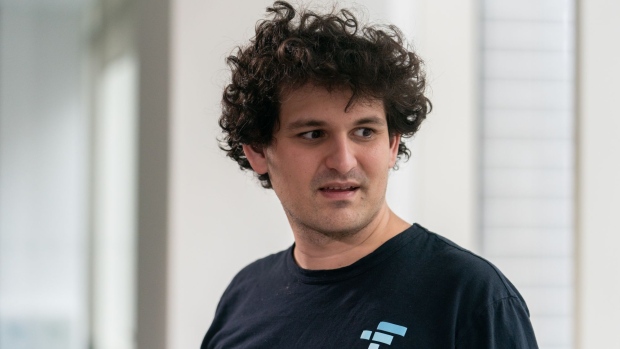 Sam Bankman-Fried, founder and chief executive officer of FTX Cryptocurrency Derivatives Exchange, after an interview on an episode of Bloomberg Wealth with David Rubenstein in New York, US, on Wednesday, Aug 17, 2022. Crypto exchange FTX US is expanding its no-fee stock trading service to all US users, including non-crypto investors, in a move to expand its customer base and increase assets under custody. , Bloomberg