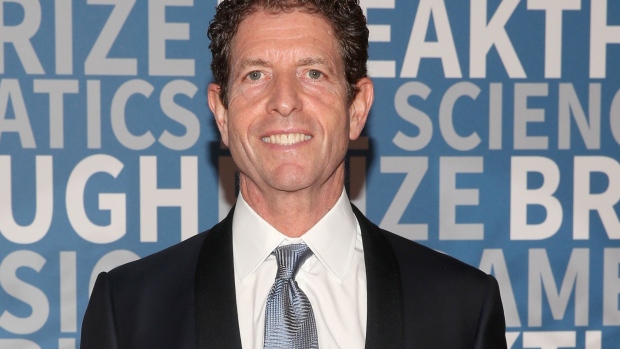 (Bloomberg) -- What’s the appropriate pay for a hedge-fund manager? It depends on who you ask.

In an industry where the highest earners reap billions of dollars a year, the most public salary fight right now is over the hundreds of millions earmarked for Sculptor Capital Management Inc.’s Jimmy Levin.

Nearly a decade after billionaire Dan Och shocked Wall Street by revealing that Levin was in line for a $120 million equity award at his fund firm, an Och-appointed board member at Sculptor quit last week because of what he claimed was excessive compensation for Levin, 38, now the company’s chief executive.

Sculptor hit back, claiming that figures of as much as $200 million a year put forward by Och’s representative on the board, J. Morgan Rutman, were exaggerated.

The details are more complicated than either side claims, however. And it raises the thorny question of what’s the right pay for a hedge fund CEO at a publicly traded company -- one who isn’t the founder, but is entrusted with its long-term growth.

While Levin’s compensation awards since 2013 added up to more than $300 million, according to Sculptor’s proxy statements, the firm’s sinking stock price means their value today is less than half that.

After several renegotiations, his current pay structure puts him in a position to make far more money than he’s so far seen -- though most of his income will depend on how well the firm and its funds perform. Sculptor manages $38 billion.

Rutman said in his letter that the board justified boosting Levin’s compensation by noting that the top 25 hedge fund managers made on average between $200 million and $2.7 billion a year since 2009.

But almost all those managers founded their firms, and typically have billions invested alongside their clients. Sculptor is a rare public hedge fund, and its share price has slumped in recent years along with its financial performance.

From that perspective, even pay of $100 million for the leader of a struggling Wall Street firm valued at about $1 billion could look high: Consider that Goldman Sachs Group Inc. CEO David Solomon, Morgan Stanley’s James Gorman and JPMorgan Chase & Co.’s Jamie Dimon were individually awarded about $35 million for leading their banks through a blockbuster 2021.

Each of Levin’s renegotiated pay deals has given him a bigger share of the firm’s income. His cut of Sculptor’s funds’ profits has swelled by about three times, for example.

Last year, when Sculptor’s main fund returned 5% -- near the bottom of the pack compared with its multistrategy peers -- Levin collected a bonus of almost $48 million, mostly in cash.

Eight months after he took over, Sculptor announced another new pay package. This one increased the range to 2.8%-5.2% of gross profit and loss -- at the upper end, about one-fourth of the 20% Sculptor charges in performance fees. Levin could also be given carried interest distributions from funds that were excluded from the profit-sharing agreement.

Rutman said in his letter that compensation consultant Semler Brossy calculated the new package would give Levin an amortized compensation level of $94 million per year under its “base” scenario.

On top of that, he was awarded 5.4 million shares with conditions that require him to stay at the firm for the next several years and for Sculptor’s share price to climb by 50% to 149%. If the stock hits the top price target, the full grant of shares would be worth about $270 million.

“He’s not the founder so, yes, there should be a discount for that,” said Alexis Dufresne, managing director at New York-based executive search firm Whitney Partners. “But also, you want to know that when the company is in a tight situation your boss has skin in the game, and that his compensation is tied to turning around the company.”