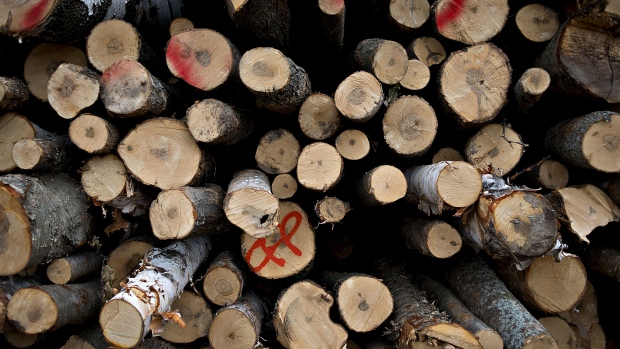 CALGARY -- GreenFirst Forest Products Inc. says it has struck a deal to buy six lumber mills in Ontario and Quebec and a newsprint mill in Kapuskasing, Ont., for about US$214 million from subsidiaries of Rayonier Advanced Materials Inc.

The Vancouver-based company says a subsidiary will pay US$140 million plus the value of inventory on hand when the deals close, about 85 per cent in cash and 15 per cent in shares.

In addition, a C$7.9-million chip offset credit note will be issued to Rayonier which may be set off against amounts owing to GreenFirst for wood chip purchases over the next five years.

The lumber mills are located in Chapleau, Cochrane, Hearst and Kapuskasing in Ontario and in Bearn and La Sarre in Quebec and have the capacity to produce 755 million board feet annually of lumber, wood chips and byproducts.

Itasca Capital Ltd., which bought a Kenora sawmill and related assets for $11.5 million last fall, changed its name to GreenFirst in January to better reflect its main business.

Incoming CEO Rick Doman is the founder of Montreal-based Eacom Timber Corp., which owns sawmills and other forest products operations in Eastern Canada.

"As we have done previously with Eacom on the carve-out of sawmill assets of Domtar, our experienced team looks forward to working with the dedicated employees of (Rayonier) to optimize the sawmill assets with a singular focus on maximizing lumber production," he said in a news release.

GreenFirst says it intends to raise at least US$75 million through a rights offering which will be backstopped by a commitment from Senvest Management, LLC.