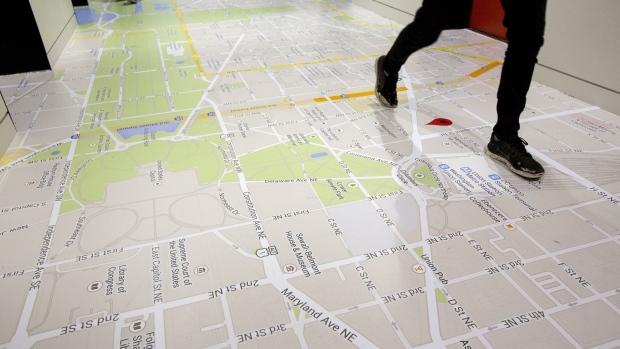 A Google Inc. Maps display of Washington D.C. lines the floor next to the elevators at the Google office in Washington, D.C., U.S., on Tuesday, July 15, 2014. , Bloomberg

Daniel left Amazon last month, Bloomberg News reported at the time. At Google, she is now a vice president in charge of Maps Experiences, which includes the Google Maps app and underlying technologies. A Google spokesperson confirmed the move.

Daniels was key in helping position Amazon’s Echo hardware as an industry leader and making voice services, such as the Alexa personal assistant, more widespread. She also was one of the most senior female managers within the division and took a high profile during Amazon launch events.

Another former Amazon executive who worked on Alexa also recently started at Google. Alex Spinelli, now a Google vice president, was at Amazon until 2018, when he joined the chatbot company LivePerson Inc.

In May, LivePerson announced a partnership with Google Cloud to integrate their tools aimed at making contact center agents more efficient.