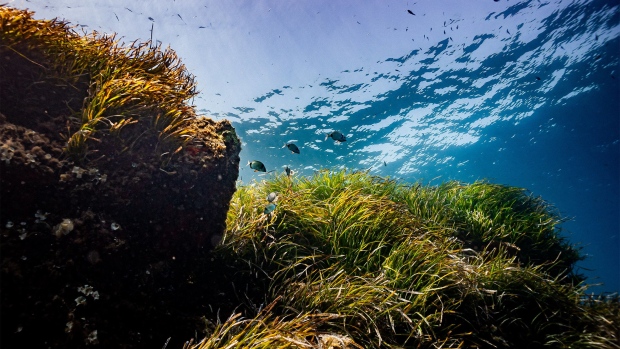 (Bloomberg) -- On June 19, a day after thermometers rose to record highs across several parts of Spain and France, a buoy floating on the Mediterranean Sea, off the coast of the Balearic Islands, registered 29 degrees Celsius (84 Fahrenheit).

The extreme heat wave on land unleashed a marine heat wave that’s still ongoing, according Melanie Juza, a researcher at the Balearic Islands Coastal Observing and Forecasting System, which tracks marine temperatures daily across the Mediterranean.

“There has never been such an intense marine heat wave so early in the year,” said Juza. “We’re talking 26 degrees Celsius and more on the Balearic Sea on June 19 — it’s brutal.”

Marine heat waves are relatively unknown to scientists, with research papers on these ocean temperatures starting to appear only in 2013. The phenomenon has since become a key signal of climate change — for decades oceans have absorbed most of the additional heat in the atmosphere, acting like sponges for global warming.

“You see a greater increase in the frequency of severe heat waves with every additional degree of global warming compared with the changing frequency of other types of extreme weather,” said Luke Harrington, a senior research fellow at the New Zealand Climate Change Research Institute. “Marine heat waves are changing faster than land heat waves.”

Scientists have known that oceans have absorbed 93% of heat captured by greenhouse gases since the 1970s. They also know that the ability to keep capturing and storing carbon dioxide stopped keeping pace with emissions in the 1990s. Figuring out how much they’re heating up and how much more heat the bodies of water can store is essential to understanding how fast the planet will warm in coming decades.

“There are no climate deniers among oceanographers,” said Andrew Pershing, director of climate science at the research nonprofit Climate Central, in Princeton, NJ. “You just can’t be because the signal is so strong.”

“Marine heat waves happen on top of the ongoing heating of the oceans, which is linked to global warming; that’s what’s making marine heat waves longer and more intense,” he said. “That’s why when atmospheric conditions lead to extremes at sea, these are higher than they were decades ago.”

There isn’t one single definition of marine heat waves but scientists typically consider the phenomenon as occurring when sea temperatures rise to extreme highs for five days or longer. These events alter the vertical circulation of water, which in turn affects the oceans’ capacity to absorb heat and carbon dioxide, as well as the circulation of nutrients key to marine wildlife.

“The impacts on marine ecosystems are devastating,” said Juza. “They include coral bleaching, damage on sea prairies, harmful algae blooms, mass mortality of marine species and migration of species.”

Human activities like fishing and tourism suffer, too. The last marine heat wave on the Mediterranean, for example, happened during breeding season for red tuna, an expensive and popular catch. While biologists don’t know whether the extreme heat will impact tuna eggs, they do know that high temperatures damage posidonia, the Mediterranean seaweed that serves as a nursery for many species.

The economic impact of a marine heat wave on fisheries prompted one of the earliest studies of the phenomenon. A 2012 hot spell in the Gulf of Maine wreaked havoc on the local lobster market, and led the researchers to this far-reaching conclusion: “Drawing lessons from events like the 2012 heat wave is critical for developing adaptation strategies that will enhance existing capacities to sustain marine ecosystems and fisheries in the context of climate change.”