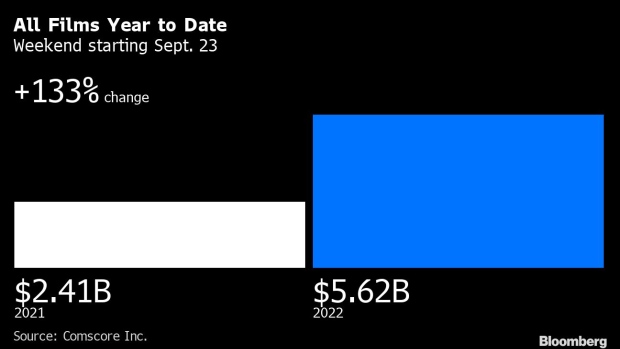 (Bloomberg) -- “Don’t Worry Darling,” a thriller from director Olivia Wilde, topped the North American box office after weeks of media coverage about personal disputes among its cast drew attention to the film.