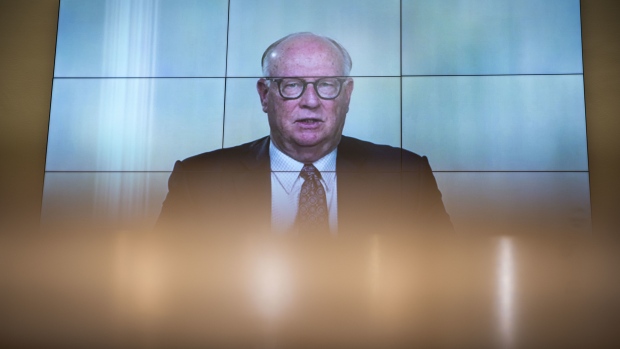 Richard Muncrief, president and chief executive officer of Devon Energy Corp., speaks virtually during a House Energy and Commerce Subcommittee in Washington, D.C., U.S., on Wednesday, April 6, 2022. Executives at some of the world's biggest oil companies are saying on high gasoline prices that they need the government's help in securing more drilling permits to help lower consumers' costs. , Bloomberg

(Bloomberg) -- Devon Energy Corp. agreed to acquire Validus Energy for about $1.8 billion in cash to expand in the Eagle Ford shale patch in South Texas.

The deal will add to Devon’s cash flow and earnings in the first year, and boost its variable dividend by up to 10% based on current oil futures prices, the company said Tuesday in a statement. Devon also said the transaction will enable the acceleration of the return of cash to investors via its existing $2 billion stock buyback program. The shares rose as much as 1.6% in premarket trading.

It’s the biggest takeover for Devon since its $8.5 billion purchase of WPX Energy Inc., which was completed in 2021.

Buying Validus will add 42,000 net acres adjacent to Devon’s existing leasehold in the Eagle Ford. Validus’s current production is about 35,000 barrels of oil equivalent per day, with volumes expected to increase to an average of 40,000 barrels over the next year.

Denver-based Validus bought more than 400 wells in the Eagle Ford from Ovintiv Inc. in May of last year for $880 million, roughly a third of what Ovintiv paid in 2014. Validus moved to sell itself amid a boom in commodity prices and more welcoming public markets, people with knowledge of the matter said in February.