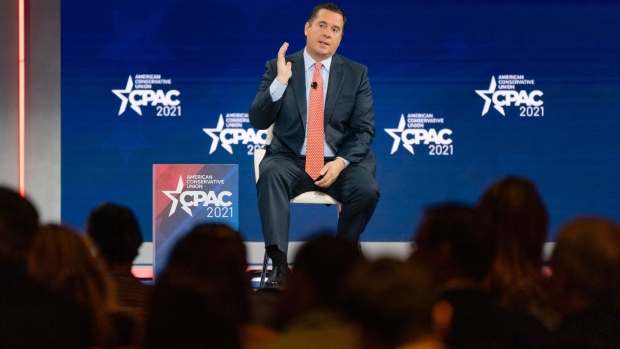 Representative Devin Nunes, a Republican from California, speaks during the Conservative Political Action Conference (CPAC) in Orlando, Florida, U.S., on Saturday, Feb. 27, 2021. Donald Trump will speak at the annual Conservative Political Action Campaign conference in Florida, his first public appearance since leaving the White House, to an audience of mostly loyal followers. , Bloomberg

Nunes, a California Republican, will become chief executive officer of the Trump Media & Technology Group in January, the company said in a statement. Trump announced the formation of the new company in October. The former president, currently banned on mainstream social media platforms, plans to start a social media company called Truth Social.

Nunes’s office did not immediately respond to requests for comment.

Nunes was a member of the House Intelligence Committee when Congress was investigating possible campaign help for Trump from Russia and staunchly defended Trump.

He would have been in line to head the powerful Ways & Means Committee if Republicans win control of the U.S. House in the 2022 elections.