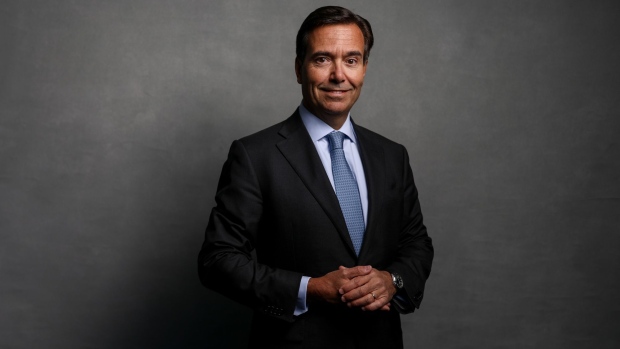 The Credit Suisse Group AG headquarters in Zurich, Switzerland, on Thursday, April 8, 2021. Credit Suisse Chief Executive Officer Thomas Gottstein gathered dozens of managing directors at the global bank on a conference call late Tuesday, as part of crisis-management efforts after the lender announced that it stands to lose as much as $4.7 billion amid the meltdown of hedge fund Archegos Capital Management. , Bloomberg

(Bloomberg) -- Credit Suisse Group AG is considering special retention bonuses for top performers after the Greensill Capital and Archegos Capital Management scandals rocked the Swiss lender and set off a wave of departures.

The firm’s top executives and board of directors are weighing moves to keep top performers -- both junior employees and veteran rainmakers -- after the incidents hit the value of stock awards and future compensation prospects, people with knowledge of the matter said. The Swiss lender is particularly keen to stem investment bank defections in hubs including the U.S., the people said.

Credit Suisse is in the throes of one of its most difficult periods since the financial crisis, rocked by dual scandals which ripped a multi-billion dollar hole in its balance sheet and further hit its reputation. New Chairman Antonio Horta-Osorio has pledged a thorough review and said the two crises went beyond any he’d lived through over three-and-a-half decades working at banks.

Competitors are viewing Switzerland’s second largest bank as fertile hunting ground for talent that otherwise would be hard to poach, the people said, asking not to be identified as the matter is private. The risk of departures is extending beyond just the investment bank, as relationship managers to wealthy clients also grapple with the challenge of reassuring customers after the twin scandals.

No decision has been made yet on whether to offer the retention bonuses, which is among several options that executives are considering, the people said.

The prospect of uncertain compensation and a long journey ahead to steady the bank is accelerating poaching in an industry that’s seen a surge in business in the wake of the pandemic. That’s particularly the case in Asia, where wealth managers are aggressively competing for the growing ranks of the rich, and in the U.S., where cheap money and surging stock markets fuel dealmaking.

The firm has pledged to reduce the risk at the investment bank, downsizing the prime brokerage unit which services its hedge fund clients by cutting $35 billion of leverage exposure. Chief Executive Officer Thomas Gottstein has said that the bank will be more selective in choosing which clients it does business with, opting to narrow its offering to just clients that have multiple touch points with the bank.

Credit Suisse is reluctant to further reduce the size of its investment bank amid a boom in deal-making and increase in activity among other asset classes, the people said. Dealmaking came roaring back in the first quarter, climbing to a record $1.1 trillion as big companies moved past the pandemic slowdown and blank-check companies pounced on targets. It was the best start of the year since at least 1998, according to data compiled by Bloomberg.

Wall Street firms are already lifting pay for junior employees to stem defections and ease discontent amid an increased focus on work-life issues brought on by the pandemic. In March, Credit Suisse offered salary raises for banking employees at director level in its advisory unit as well as a “lifestyle” bonus of $20,000 to junior employees, a person familiar with the plans said.

Crosstown rival UBS Group AG said it will pay a $40,000 one-time bonus to its global banking analysts when they are promoted, doubling what some competitors are offering, according to people familiar with the matter.