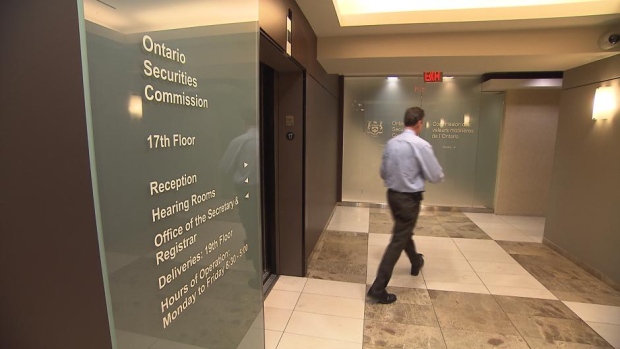 A survey from the Ontario Securities Commission (OSC) is showing most Canadian investors played it cool as the onset of the COVID-19 pandemic wreaked havoc in financial markets last year.

It also provides insight into how household income plays a role in decisions to advance or pull back on retirement savings when crisis strikes and opportunities open up.

The broader equity markets have of course recaptured their massive loss of over thirty per cent in a single month and advanced to new highs, just as they did after the 2008-2009 global financial meltdown and every financial crisis before that.

While it might have seemed the world was coming to an end for some investors when COVID struck, the survey – which was conducted from Sept. 25 to Oct. 5 and included 2,000 respondents – found 80 per cent of respondents who make regular contributions to their retirement savings continued with their contribution schedules.

It also revealed that just over half (52 per cent) hunkered down and did not buy or sell any investments. It found a large number of women and older Canadians held their ground.

The remaining 48 per cent, known as active investors, had a variety of reasons for taking action. According to the survey, 63 per cent of active investors increased their overall holdings by buying more investments than they sold.

Why investors bought during the pandemic

Thirty per cent of those who bought into pandemic markets, according to the survey, were those who continued making regular contributions at the onset. However, that number eventually rose to 36 per cent as the pandemic continued and more investors with the financial means set up regular payment schedules.

Why investors sold during the pandemic

Seventeen per cent of respondents said they sold portfolio holdings to cash in on profitable investments and 29 per cent said they had to sell to pay for living expenses.

Twenty-one per cent of respondents who sold said they did so to minimize losses; a common reaction from retail investors in the midst of a panicked selloff faced with the prospect of watching their retirement savings dwindle.

Not surprisingly, lower-income Canadians were most likely to sell assets or discontinue regular payments to their investment accounts in down markets during the pandemic. According to the survey 58 per cent of households earning less than $50,000 a year simply stopped saving. Thirty-four per cent of those who stopped saving said they were worried about their ability to pay their monthly expenses.

Making matters worse, 60 per cent of those who sold investments during the pandemic sold mutual funds, and just over a quarter of them were forced to pay an early withdrawal fee; commonly known as a back end load or deferred sales charge (DSC). The fee could be as high as six per cent on the total amount invested depending on how long the fund was held.

Most Canadians save for retirement through mutual funds because they are the only investment vehicles available on the Canadian market that can offer professional management and diversification for lower-net worth investors. Not all mutual funds have a DSC but all of them charge an annual fee called a management expense ratio (MER) that could exceed three per of the total amount invested.

A three per cent MER means a fund would need to generate a return of seven per cent per year to give the investor a four per cent return. In a down market, a two per cent loss in the value of the fund would result in a five per cent loss after the fee.

It’s not hard to see how a market blip can turn into a panic for some.